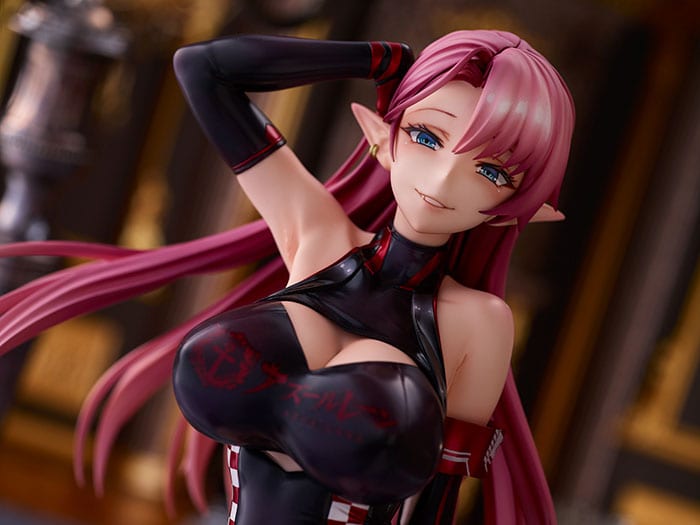 You can find it on Ami Ami and she looks really gorgeous, but she won’t come cheap. The price is 31,350 yen, which translates into approximately $282.

The price is certainly justified by her scale, which is a rather massive 1/4, resulting in 33 cm of lovely PVC and ABS despite the fact that she’s sitting.

She’s scuplted by jarel in collaboration with CREAME, while the prototype painted by Nana Moriyama.