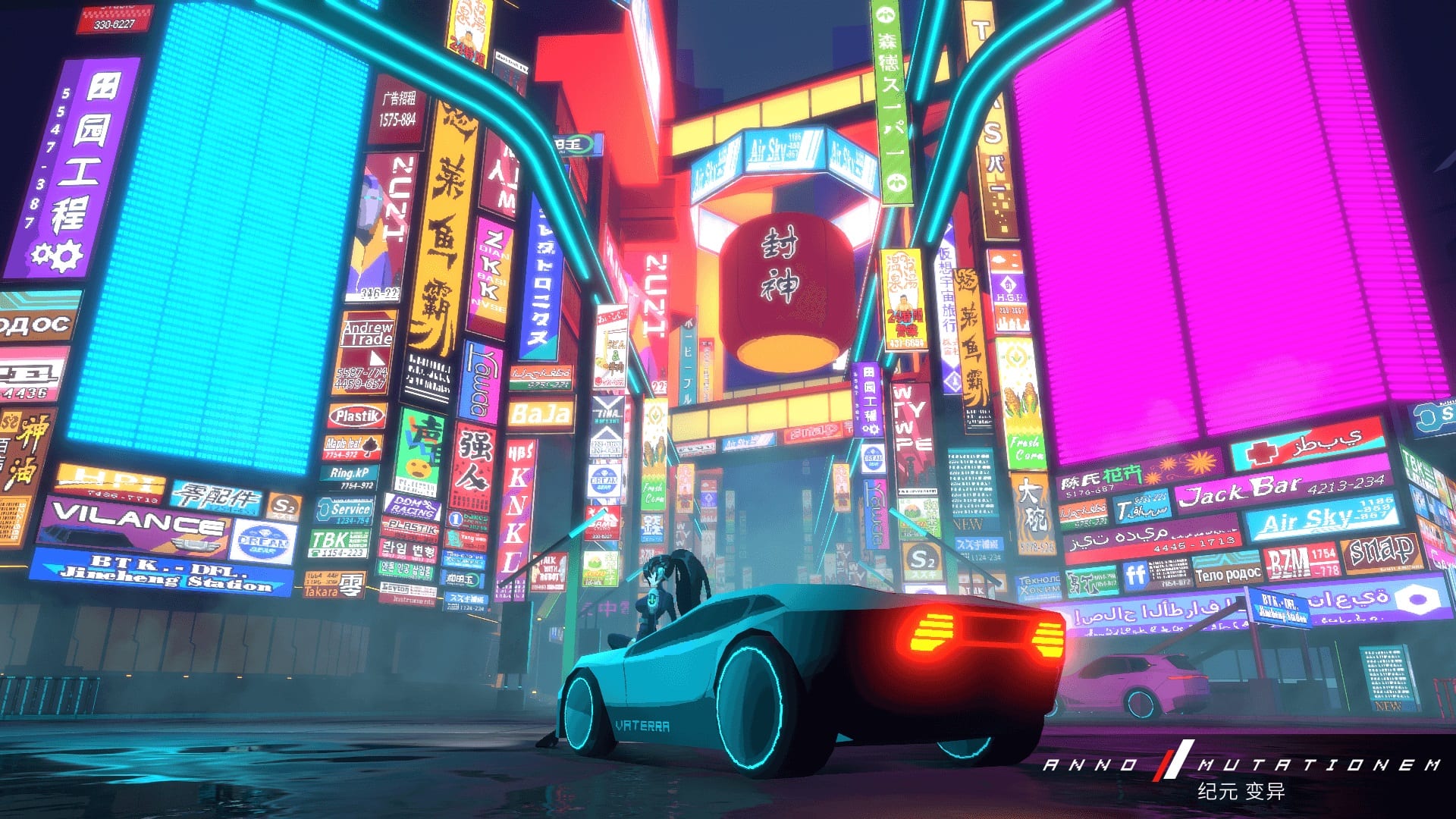 We get to see more of the game’s gourgeous mix between 2D and 3D perspectives, and we hear from the developers that gave us the lowdown of what we can expect from Anno Mutationem.

If you’re unfamiliar with ANNO: Mutationem, it’s a  game in development by Chinese studio ThinkingStars announced last year and then showcased once again later in the summer. It was presented for PS4 under the umbrella of Sony’s China Hero Project and it’s also coming for PC.

Welcome to the neon-covered, 2D-meets-3D Cyberpunk world of ANNO: Mutationem. In this Action-Adventure game with RPG elements, you become Ann: a highly-skilled combat-trained lone wolf on a personal mission in a giant Metropolis, full of sinister mega-corporations, mysterious fringe groups and creatures more bizarre than words can express.

Unique 2D-to-3D gameplay, seamless switching between 2D Action n’ Platforming and 3D Exploration to interact with the world and its inhabitants.

Ann will slash, shoot, combo, grenade-throw & ground-pound her way thru hordes of enemies and huge bosses.

Exploring diverse locations such as huge cities & complex underground structures, players are free to go as they please, returning to previous areas and unlock new events.

Collect, buy or craft items & upgrade Ann’s stats, skills and gear. Use chips to modify any kind of weapon you find.”

If you’d like to see more you can check out more gameplay and a recent trailer.