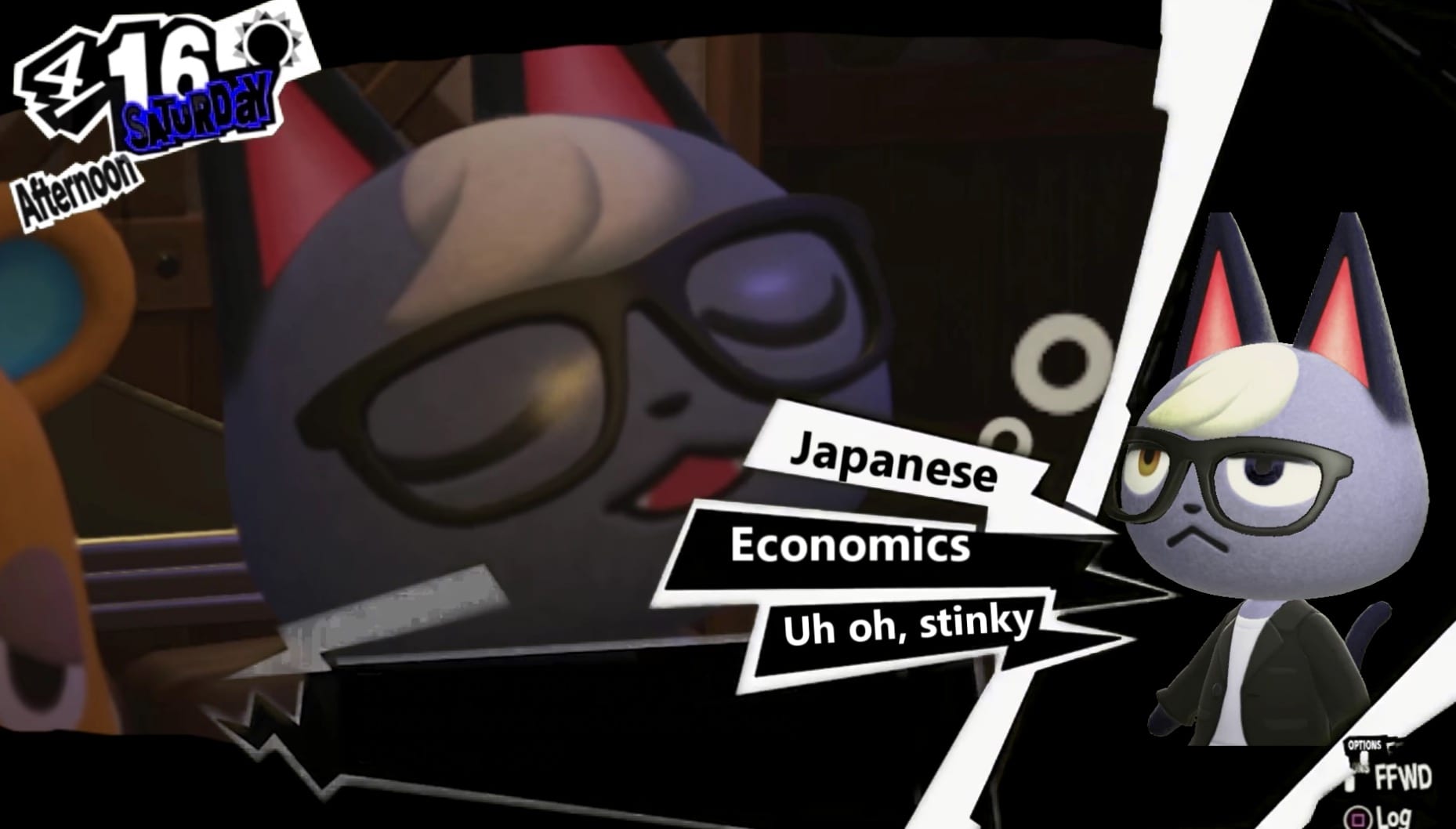 Animal Crossing: New Horizon players have recreated all sorts of things in-game by hiding the UI and using Harvey’s Photopia island to put together all kinds of villagers. We’ve seen recreations of Avatar: The Last Airbender, The Office, and even a Pokemon Battle. And now, a talented Animal Crossing movie maker has recreated a chill study scene from Persona 5.

The video can be seen down below and features the Persona 5 cast as Animal Crossing characters and the casting is perfect.

Raymond plays Joker, Dobie plays Sojiro, Tangy plays Futaba, and you just need to watch for yourself to see the rest of the group:

Dclemente on YouTube has even recreated iconic episodes of SpongeBob SquarePants, such as “Band Geeks” and “Chocolate With Nuts.” Make sure to check out their channel here and show them some support.

Animal Crossing: New Horizons is now available for the Nintendo Switch. If you would like, you can read our review here to find out why it’s so beloved.

The title has managed to surpass over 22 million units shipped for the Nintendo Switch so far, which is a very impressive milestone.