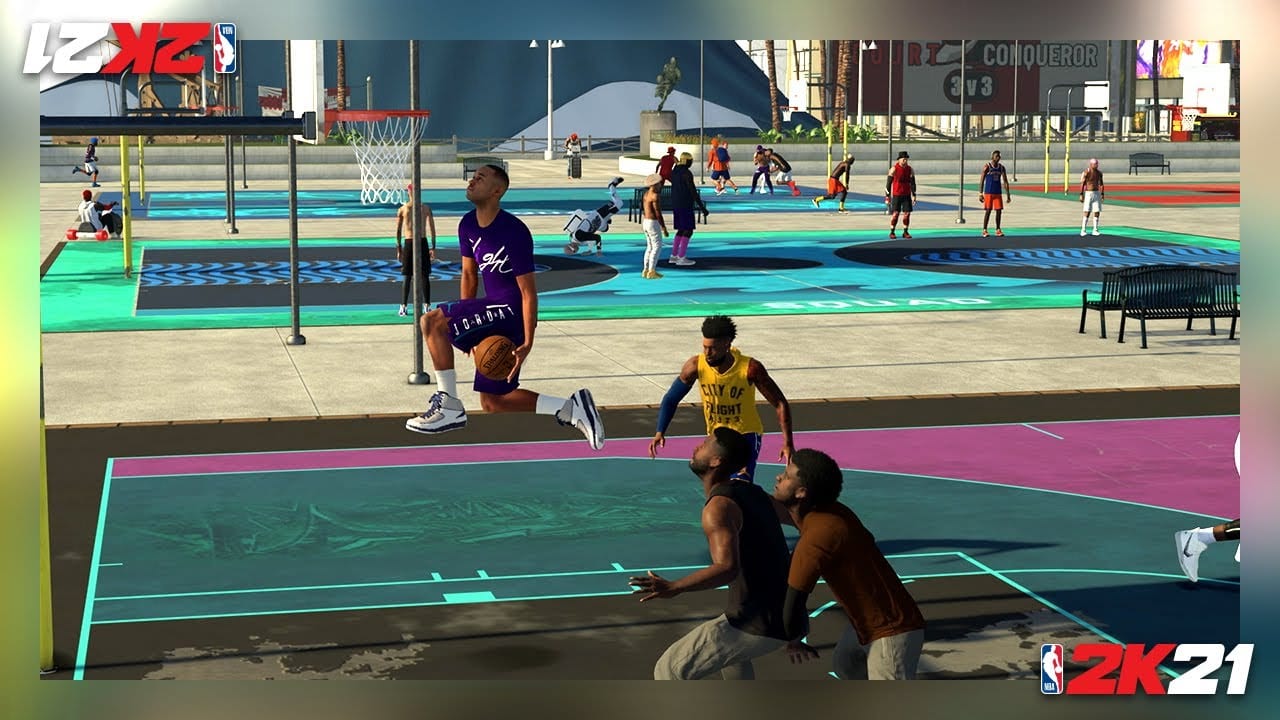 NBA 2K21’s launch is just a few short days away now. Thankfully, 2K has finally decided to unveil the brand new Neighborhood that’ll be appearing in NBA 2K21. This trailer also gives us a quick preview of the MyCareer storyline for this year’s 2K basketball sim.

A gameplay trailer was already released that hinted at players being able to join a college team again this year, and today’s video confirms that. You’ll be able to go through a full journey, from high school to the NBA, in this year’s game.

The new NBA 2K21 Neighborhood is called 2K Beach. It’s a bit reminiscent of the Sunset Beach Park from NBA 2K17, given its location and atmosphere.

When you finally get to enter that new Neighborhood, you’ll want to bring the best MyPlayer build that you can. We messed around and found some of the best ones, and you can check them out here.

Check out the NBA 2K21 trailer below to see some of the new Neighborhood and MyCareer storyline for yourself:

If you’ve watched the trailers, played the demo, and let them sway you into buying the new NBA 2K, you can do so right now on the official site.