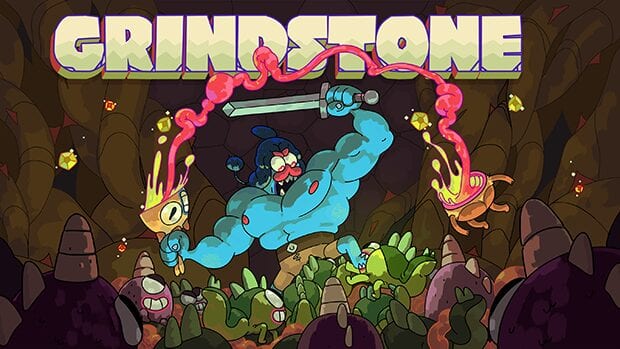 Capybara Games is taking its Apple Arcade exclusive, Grindstone, to another platform, the Nintendo Switch. Announced today during Nintendo’s Indie World Showcase, it will be making its way onto the hybrid console at some point this fall.

The studio behind Grindstone, Capybara Games, has worked on development for well-received titles such as Might and Magic: Clash of Heroes and Superbrothers: Sword and Sorcery EP. Many of their titles have gone from being mobile exclusives to becoming available on other platforms, just as Grindstone is making the move from Apple to Nintendo.

The game itself is a sword-slashing puzzler in which players must “battle” Creeps by creating color-matched combos. The animation and art style of the game quickly garnered praise for its use of coloring and unique character design– especially for a mobile puzzle game. We can’t wait to see how this will play on the Switch.

Watch the Grindstone Nintendo Switch announcement here to see what its all about!

This isn’t the first Apple Arcade game to hit the console market. Rhythm game Sayonara Wild Hearts made its debut on Xbox One after being available on Apple devices in February, and What The Golf? came to Nintendo Switch this past May following its 2019 launch on iOS.

While you await the release of this colorful puzzle game, why not take a look at some of Capybara Games’ other titles, such as Below?