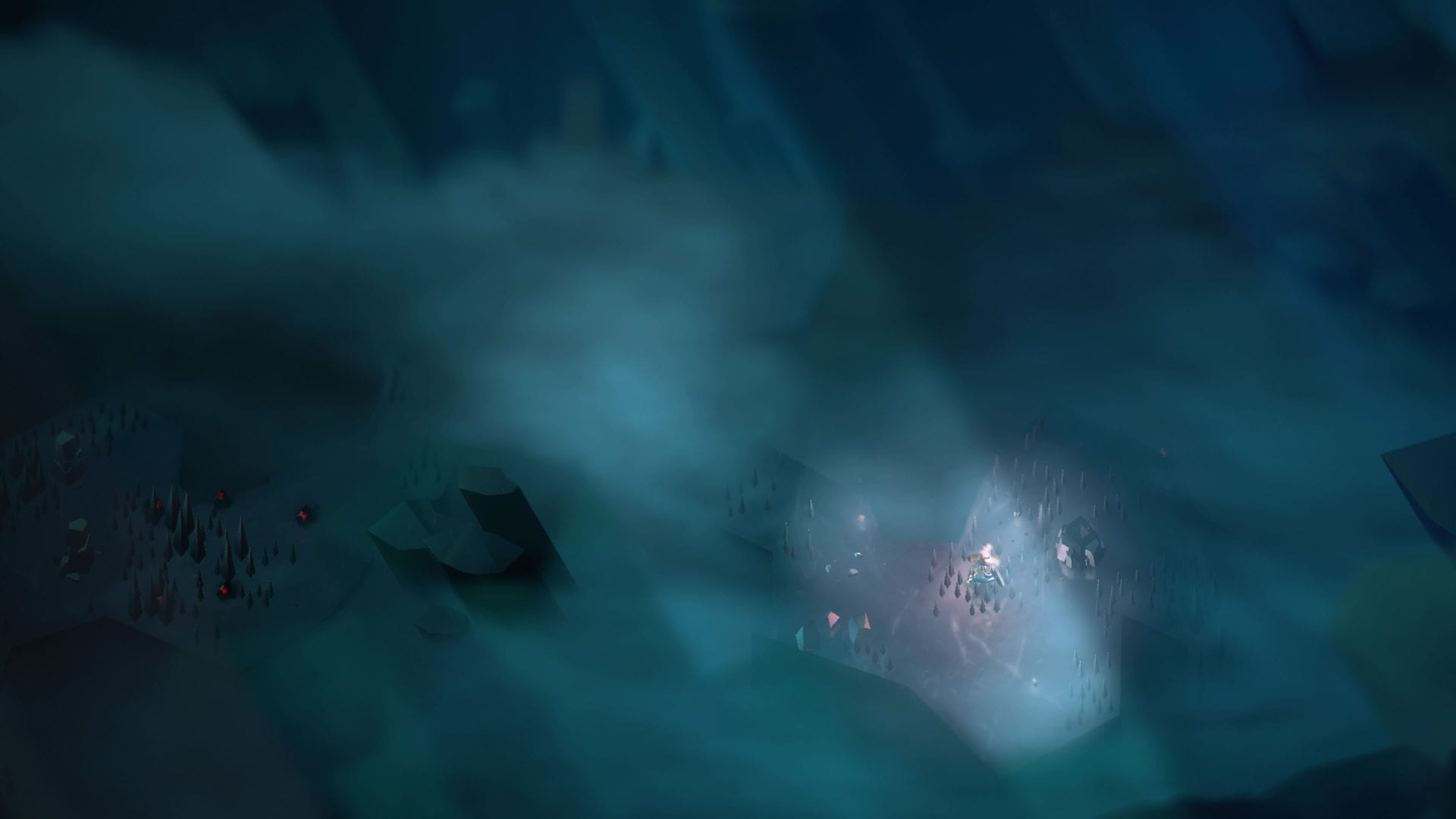 Following its reveal all the way back at E3 2013, I was excited to try out Capybara’s Below when it launched on PC and Xbox One back in December 2018.

To make it even better, it was free for Game Pass subscribers from the day it released, so I jumped in to give it a try, expecting to love it.

It wasn’t because of its overall difficulty, the way it refuses to explain anything you see or do as you descend into the mountain’s depths, nor was it due to the unrelenting darkness of the world.

Instead, it was the way that a few of the game’s mechanics seemed to have no purpose other than to annoy players under the guise of difficulty and complexity.

Hidden insta-death spikes, hunger and thirst meters to keep track of, and the lack of a save system of any kind seemed like unnecessary features that only served to distract players from the atmospheric world and exploration-led progression that were the meat of Below.

Managing hunger and thirst in survival games can be frustrating at the best of times, with you having to juggle and survive in-game threats at the same time as ones that just manifest as time passes.

With it being so easy to get lost in Below’s mysterious dungeons, the combat being tricky, and you having to start again when you die, the fact that Below didn’t explain how to even manage your hunger meant you’d spend a while just trying to work out even how to die a little later.

It made Below feel like an unfair slog. After a couple of hours, I’d had enough.

Coming alongside the game’s release on PlayStation 4, Below now has an Explore Mode though. The standard mode is still there as Survival Mode, hunger meters and all, but the changes that Explore Mode promised made me want to give Capybara’s game another try, and I’m glad I did.

Explore Mode does a lot to alleviate the frustrations I initially had, without negating the challenge it presents nor reducing the impact of the dark and mysterious setting.

In fact, it’s quite the opposite.

The new mode actually allows you to focus on everything that Below does well, turning it into the game I hoped it would be when I first jumped in in 2018.

What Explore Mode does, in essence, is simplify things. The health and thirst meters are completely gone, without removing the food crafting processes that restore health; all damage is bleed damage, which means you can get it back if you’re quick enough with bandages, and there are no one-hit deaths to end a run in an instant.

Those are just three of the main changes in a list of alterations to how surviving works in Below’s new mode.

Changing those things alone makes the game a lot more enjoyable. You can now take your time to explore the vastly different levels of the world, patiently trying to learn about the new traps and enemies you’re encountering.

Below promotes exploration, giving you doors you can’t open yet and multiple paths at almost every opportunity. Originally, taking up those chances put you at risk because more time spend exploring meant more time without food, and ultimately, death.

It’s a world I want to explore though. Capybara Games has designed a rich and atmospheric setting that changes all the time. The darkness ensures you’re creeping into every new room, wary of what’s waiting there for you and hoping you’re approaching safety.

It’s a gorgeous world too. The opening cutscene and the initial climb to the descent is stunning and the swirling mist that envelops every room keeps you on your toes.

Without having to worry about and juggle status effects, Explore Mode allows you to actually appreciate the design. My concern was transferred to what I was actually about to see in the next room, and not on something I had little control over, which is a huge improvement.

Don’t worry about it making Below easy either, because it doesn’t. You still have to start again if you die; you still have limited health, and you still need to learn everything yourself, from crafting to what every item actually does.

You’ll still be scratching your head at what the potato you just picked up does and wondering what you’ll get is you combine this bit of fuzz, a stick, and some hide you’re sliced off a blue frog you’ve found bouncing around one of the procedurally generated rooms.

Below doesn’t hand-hold at all, putting progression and improvement solely in your hands, Explore Mode just reduces the challenge to the interesting components, elevating the rest of the game. After all, Survive Mode is still there if you want the pure, unadulterated experience.

For me though, Explore Mode is a huge improvement and the game I hoped I was about to play 18 months ago.

Below is now a game to be enjoyed, not feared.