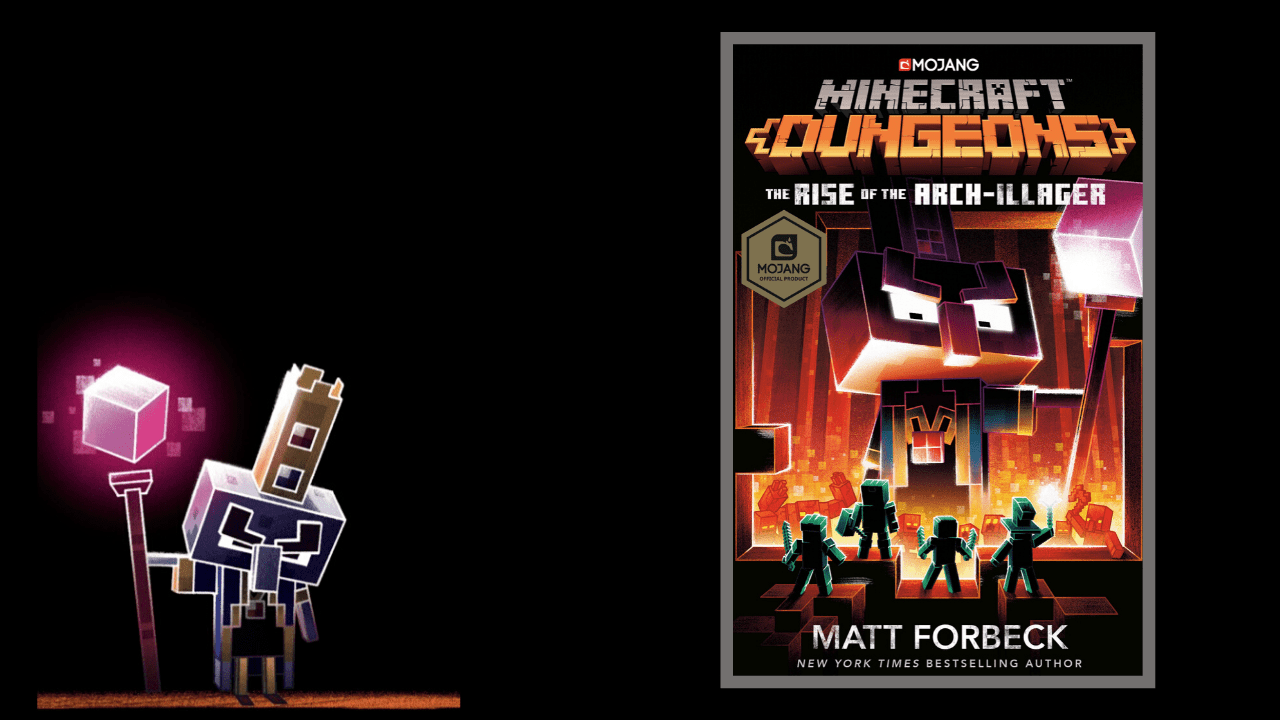 Matt Forbeck, the author of “Rise of the Arch-Illager” was interviewed on the Minecraft site about the upcoming Minecraft Dungeons tie-in book releasing July 7 for the US and July 9 for the UK.

As you might have guessed, “Rise of the Arch-Illager” takes places before the events in Minecraft Dungeon and focuses on the titular villain.

When asked why the story is a prequel, Forbeck responds:

There’s a good reason why it’s a prequel. I didn’t want to just tell the story, because as a player you’re telling your own story, and that’s half the fun of playing Minecraft Dungeons. If I tell that story in a novel it becomes the canon version, and nobody wants to be told they’re playing the game wrong. So instead, one of the best things you can do is to give more context to the game you’re going to be playing, right? To give you more reasons to care about what you’re doing. In a prequel I can show who you’re fighting against, why he’s a bad guy, and why the world is as it is; stuff that’s only given a few seconds in a cutscene.

The game itself doesn’t give too much of the Arch-Illager outside of the opening cutscene, revealing that he comes to be in possession of the Orb of Dominance that begins his unstoppable path to revenge.

Asked about how the novel leads into the game so well, Forbeck replies:

I cheated! I used the trailer for the game! That was the blueprint for the entire novel. …It sounds challenging, but the trailer gave me a framework to work with, and a lot of the emotional high points. As long as I hit those points I knew where I was going and where I needed to be.

It seems for fans of Minecraft Dungeons, “Rise of the Arch-Illager” might be just the right piece of media to enhance the spirit and enjoyment of the game.

Matt Forbeck is no stranger to video game tie-in novels, having written novels for series like Halo, Dungeons and Dragons, and Blood Bowl.

Minecraft Dungeons recently received its first expansion and an update that added a new dungeon for free. If you have already beaten through all of that, take a look at our list of 5 games similar to Minecraft Dungeons for an idea of what to play next.