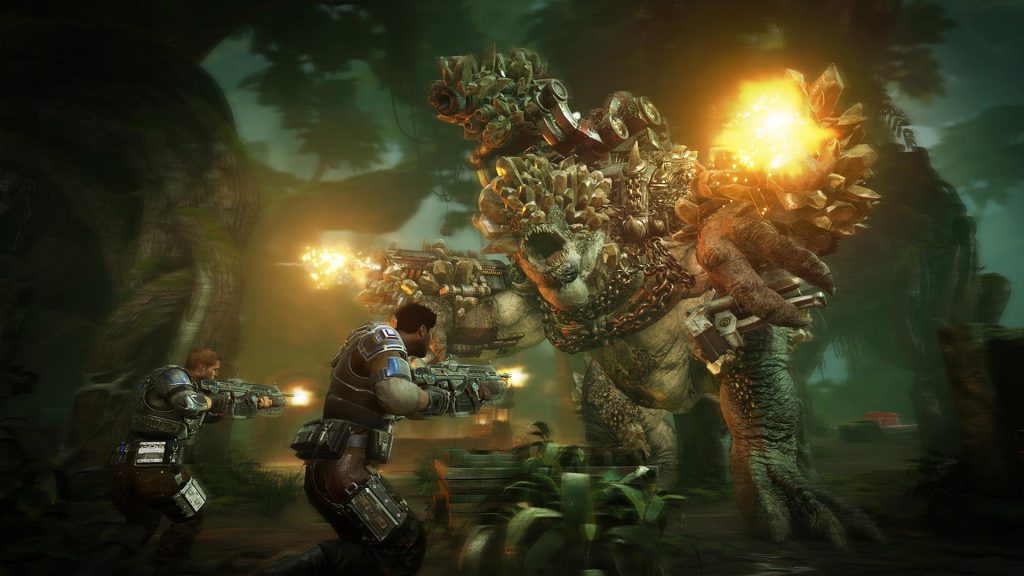 Gears 5 developer The Coalition detailed several of the changes coming to both Horde and Escape cooperative modes next week when Operation 4 launches.

The biggest change for the PvE modes is with players’ Skill Cards, which can now be upgraded to level six. The new upgrade will require 20 duplicates of the same card. Many of the Skill Cards have also been rebalanced, and the level six cards have been noted as “a significant upgrade.”

For the Horde mode, the matchmaking will be pared down to find a game better from seven difficulties to three: Beginner, Advanced and Inconceivable. The other difficulties will be available in Custom Horde alongside the 12-wave Horde Frenzy mode, introduced last March.

Energy Taps in Horde received changes with increased energy earned and adding a global health bonus for the entire team and AI teammates. Also, all players can now buy any weapon, fortification, and upgrade fortifications regardless of class.

The update will also add Kait, JD, Del, and Fahzto the pool of characters playable in Escape, though Kait and Fahz’s ultimate abilities have been shortened. Meanwhile, the select Venom skills for Lahni, Keegan, and Mac will now be added as perks for their respective Horde classes.

The Coalition had been announcing throughout the week several other changes coming to Gears 5 with the new Operation, such as a new ranked system and removing the scrap and supply system with a new earnable in-game currency.

Operation 4: Brothers in Arms will also add Dom, other characters, and at least one new map when it launches for Gears 5 on Tuesday, July 14.