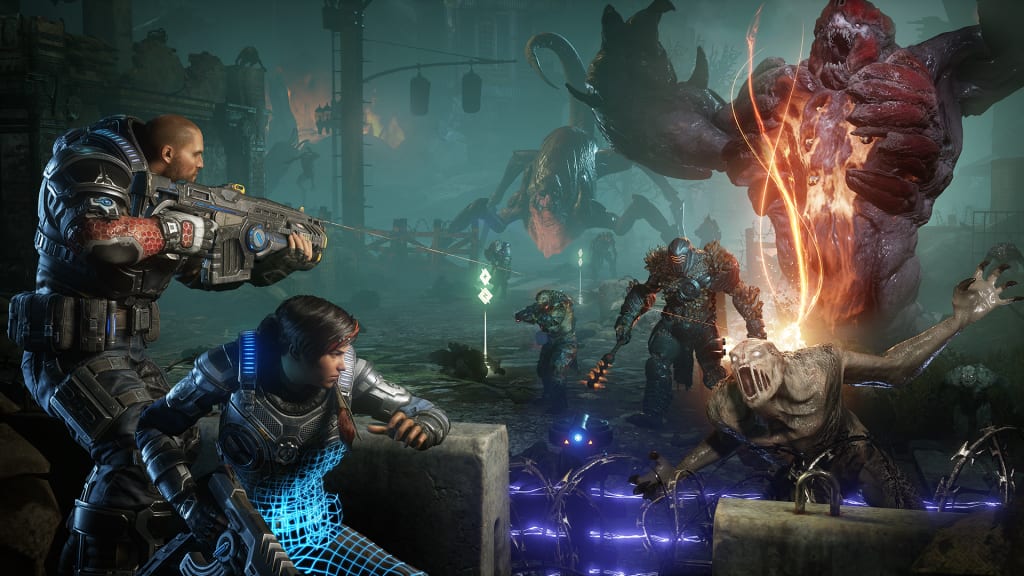 Gears 5 developer The Coalition detailed two modes coming to the game this week alongside a new update and other rewards.

The first of the modes is Horde Frenzy, which takes the franchise’s Horde mode and scales it down to 12 waves of enemies instead of the full 50. The mode will be available as a permanent matchmaking playlist on Tuesday around 4 p.m. ET and only feature the District, Exhibit, and Forge maps.

The other new Gears 5 mode is the St. Patrick’s Day-themed event “Luck of the Draw.” The new mode is the Arms Race mode, the series’ version of Gun Game, but the weapon order will be randomized every match.

Luck of the Draw mode will be added on Tuesday around 4 p.m. ET until Tuesday, March 24 at 1 p.m. ET. Players can also earn Shamrock weapon skins by scoring 50 kills in any online multiplayer mode, and will be available within the same event period.

The Coalition is giving away a full week of free Boost starting tomorrow, which gives double experience to multiplayer matches, character levels, and Supply gain rates. The studio is also doubling Horde character experience for the week, which means four times the XP for playing Horde or Horde Frenzy.

Gears 5 is receiving its 4.2 update tomorrow as well, and aims to fix Boomshot consistency, making ring captures and breaks worth 100 points, and fixing the audio for flashbangs. Check out the full 4.2 update patch notes here.