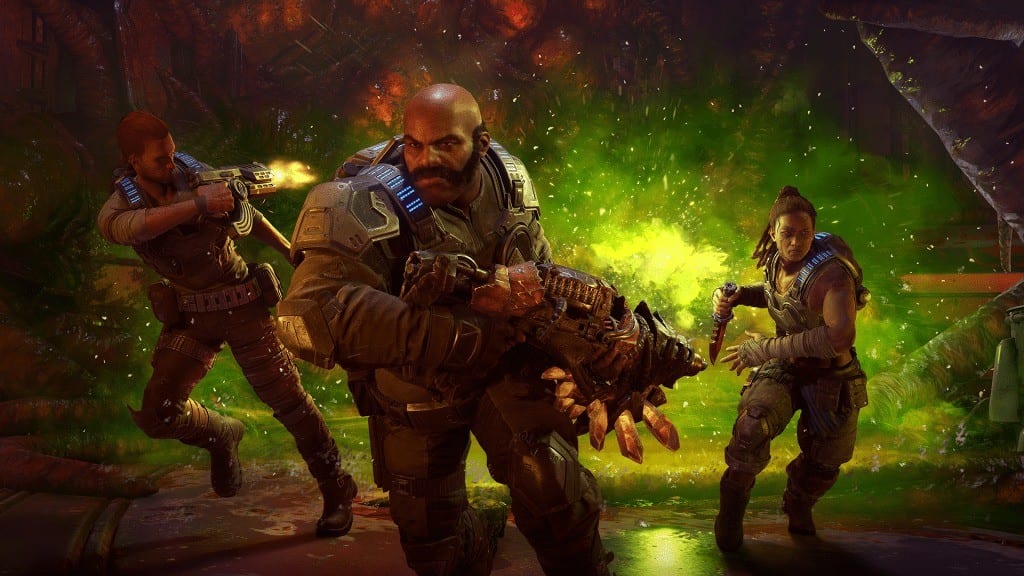 Gears 5 developer The Coalition will be releasing a small update to the game today with new content and changes to one of the game’s weapons.

The studio said in a blog post that the biggest piece of feedback received was the addition of Gears 5’s newest weapons, the Flashbang grenade. The problem was that it was used too prominently so players were constantly flashed, such as playing the respawn-heavy and ring-focused King of the Hill game mode.

The update today will decrease the Flashbang’s blind duration to 0.3 seconds from one second, and the default grenade when spawning will now be the Smoke grenade. Though players will be able to select a Flashbang before spawning but must do it manually.

Additionally, The Coalition plans to remove the ability for Flashbangs to work through cover in a Title Update scheduled for mid-October to reduce casually throwing the grenades and being successful.

The developer also revealed that a silent update pushed last Friday had improved European connections and ping times, and plans to fix the same for South African players.

Other new additions for Gears 5 include a new Escape Hive called The Wanderer, the Gnashers Only King of the Hill mode available for one week, a Double Escape Character XP weekend from Oct. 12-14, and new content added to the Supply Drop listed below.