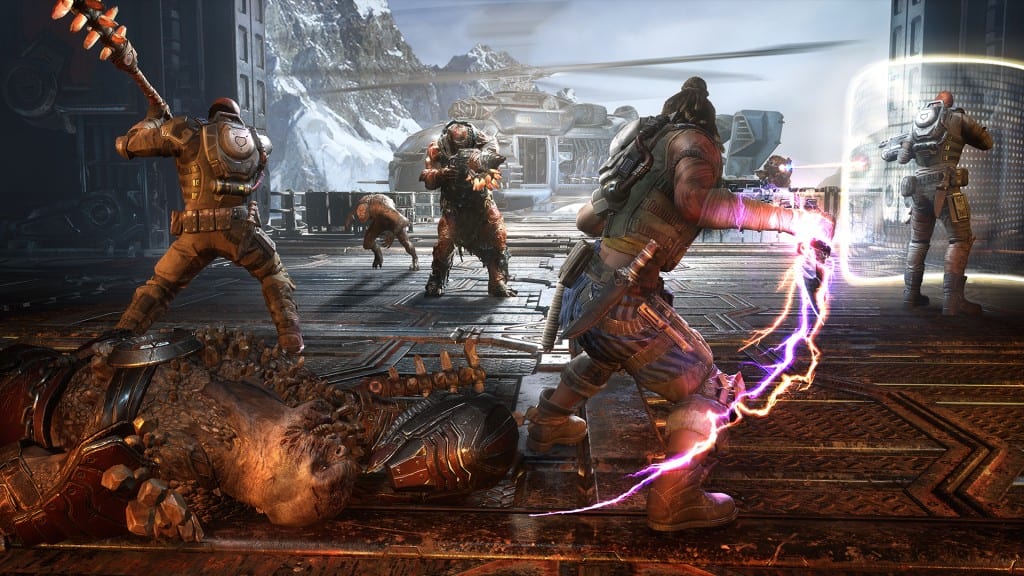 The first title update for Gears 5 is available now for PC and Xbox One, and developer The Coalition broke down all the new changes in a blog post.

The new content in the title update include new Escape skill cards for Keegan, Lahni, and Mac that focus on fighting enemies inside the Venom such as reduced damage taken or kills inside the Venom reducing ultimate cooldown.

The rest of the Gears 5 update consists of bug fixes such as an improved Tour of Duty time remaining display, an added Aim Toggle Accessibility option, various AI issues, and more.

The Coalition also made a list of issues that are currently being investigated such as improvements to the Horde scoreboard and button remapping on PC.

The game’s Supply Drops have received new content to randomly earn by playing the game with the Classic Del skin from Gears of War 4, an Xbox mark, a Relaxed Retro Lancer skin, and more.

This week will see the return of special Versus Events with Arcade Double Trouble, where all kills earn double the the skulls. Players can also receive double the Tour Objectives stars with the Double Star event this weekend.

The Coalition also said that it will be improving the game’s cosmetics store and its items by reducing prices and increasing the visibility and value of Banners and Blood Sprays over the coming days and weeks.