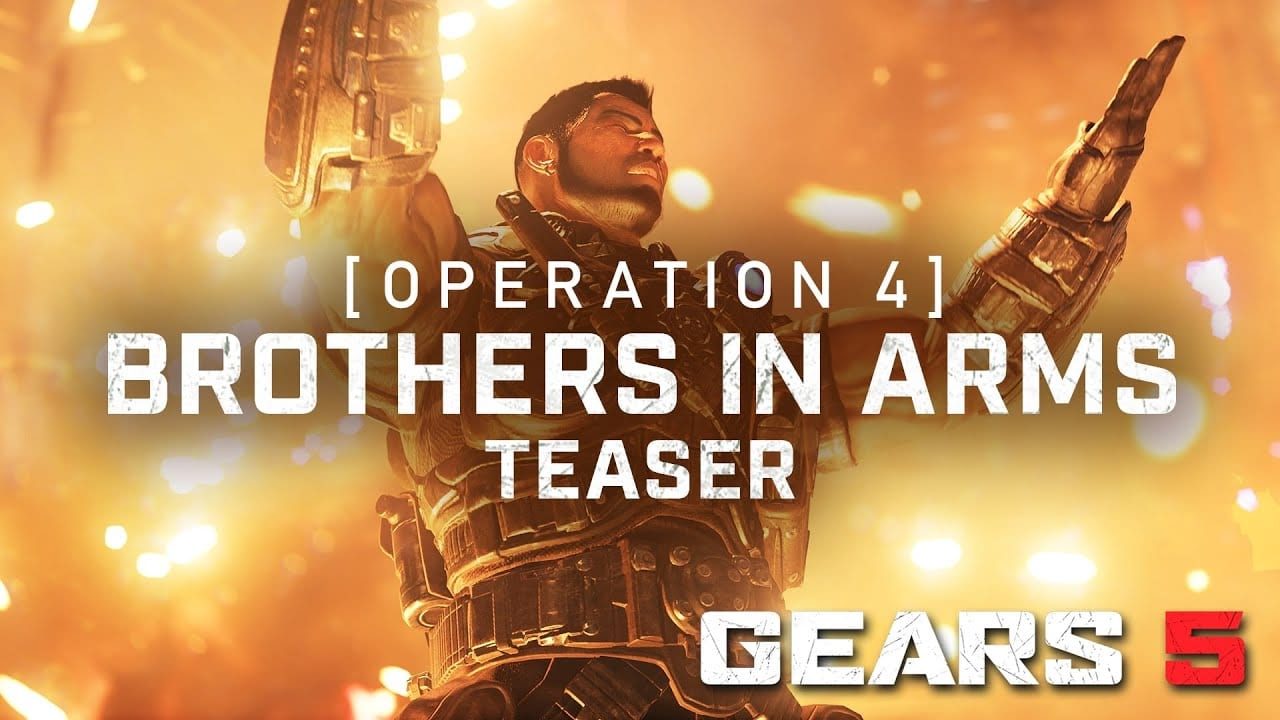 Gears 5’s new Operation 4 Brothers in Arms got a brief teaser trailer today, offering the first glimpse at the content coming on July 14. Most notably, Dom is making his long-awaited comeback, and there’s at least one new map for players to look forward to, as well as an old one making its return.

Eagle eyed observers will spot that Blood Drive is the map that Marcus and the gang is pictured in toward the very end of the trailer, meaning that the iconic map is coming to Gears 5.

As for the name Brothers in Arms, this could be referring to a returning game mode from Gears 3, which played similarly to a team death match. Or perhaps the title teasing another cooperative mode?

As a reminder, Operation 3 launched earlier this year. It’s called Gridiron after the new mode that launched alongside it,a single-life capture the flag mode where two teams must capture a neutral flag and holding it in the opposing team’s zone for five seconds. You can read more about it here.