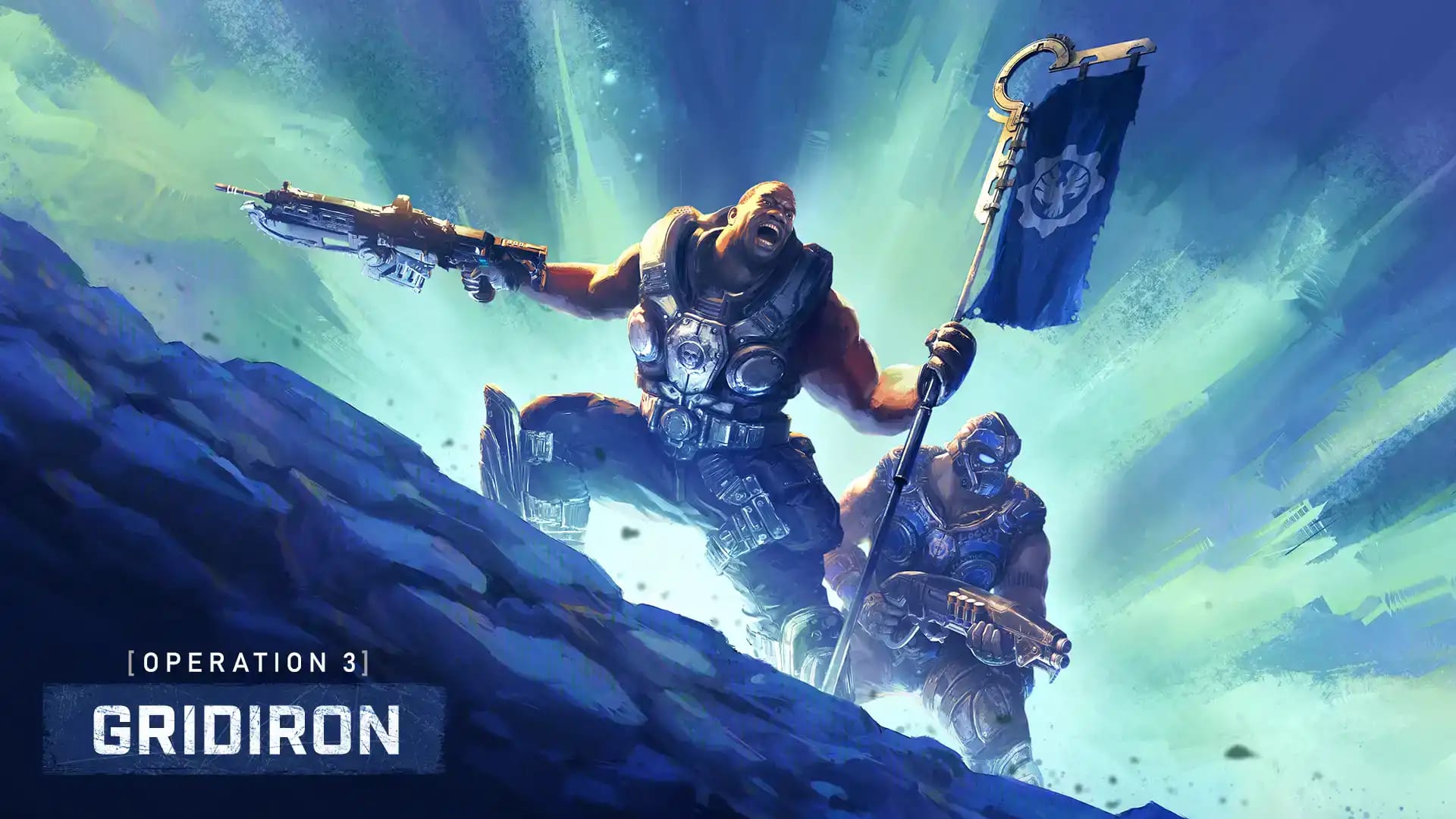 Operation 3 is called Gridiron after the new mode that will launch alongside it. Gridiron is a single-life capture the flag mode where two teams must capture a neutral flag and holding it in the opposing team’s zone for five seconds.

A Gridiron match ends after scoring 13 points with two points for a flag capture, two points for eliminating the entire team, and one point for holding the flag as the two-minute timer runs out.

The new Operation will add more playable multiplayer characters such as Gears of War original Augustus Cole, Clayton Carmine, Queen Myrrah, and Theron Guard. Each character will have a unique loadout for Arcade Versus, while Cole and Carmine will also have unique skills for Horde and Escape modes.

Gears 5 will also add new and returning maps with the update with Pahanu, set in the jungle among ruins, and original Gears of War map Canals. The 2v2 mode will add the Annex map and a smaller version of Allfathers Arena.

Other new features with Operation 3 include a Tour of Duty with exclusive cosmetic rewards and more achievements. Operation 3 will launch on March 31, after being delayed last month, and The Coalition plans to reveal more about multiplayer mode changes and patch notes in the coming week.