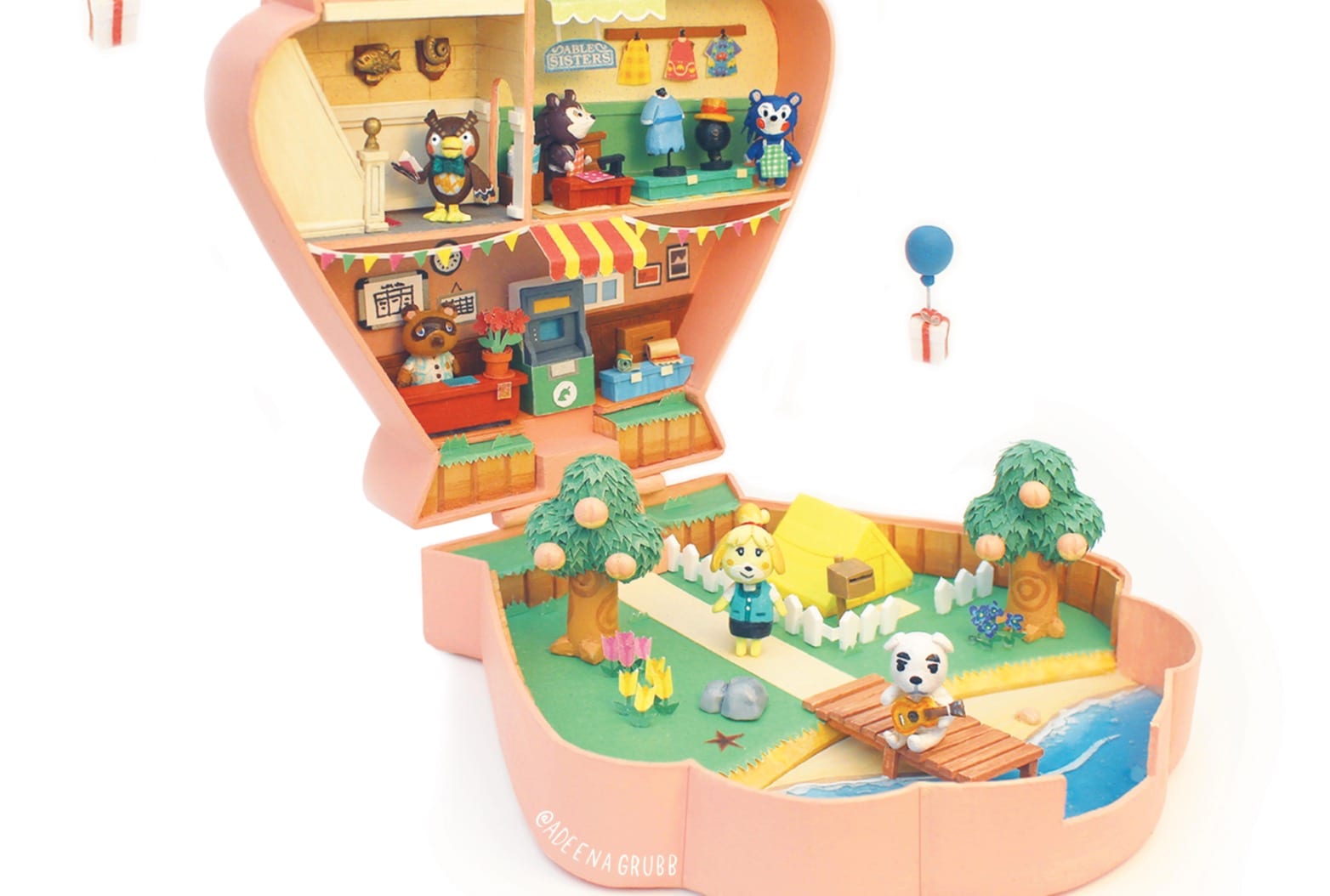 Polly Pockets were not in my home growing up as a kid but if you were born in the late 80s or early 90s, then there was no chance that you’ve gone your life without seeing at least one in person. Some of them were shell-shaped, like the one below, and would be able to be closed and opened and carried around like a pocket home for miniature objects –okay, maybe I did secretly want one as a kid.

Anywho, someone has gone and recreated a version of a Polly Pocket-like toy but with Animal Crossing characters and locations instead! And the result is something truly adorable and perfect for any fan of the franchise. If only we can purchase these…

ilovesheep123 posted their creation to Reddit earlier this week and has received loads of attention, much deserved attention I might add –they spent over two weeks making it from scratch:

If you want to get a closer look into the creation and the little nook and crannies, you can check out these screenshots for some more details. You can see the Able Sisters’ shop over there, Blathers’ museum, a villager on the top, and Isabelle chilling with K.K. Slider by the ocean.

If you liked this, then you might be interested in checking out this Pokemon battle that was recreated in Animal Crossing: New Horizons and also, the entire Super Smash Bros. Ultimate roster.