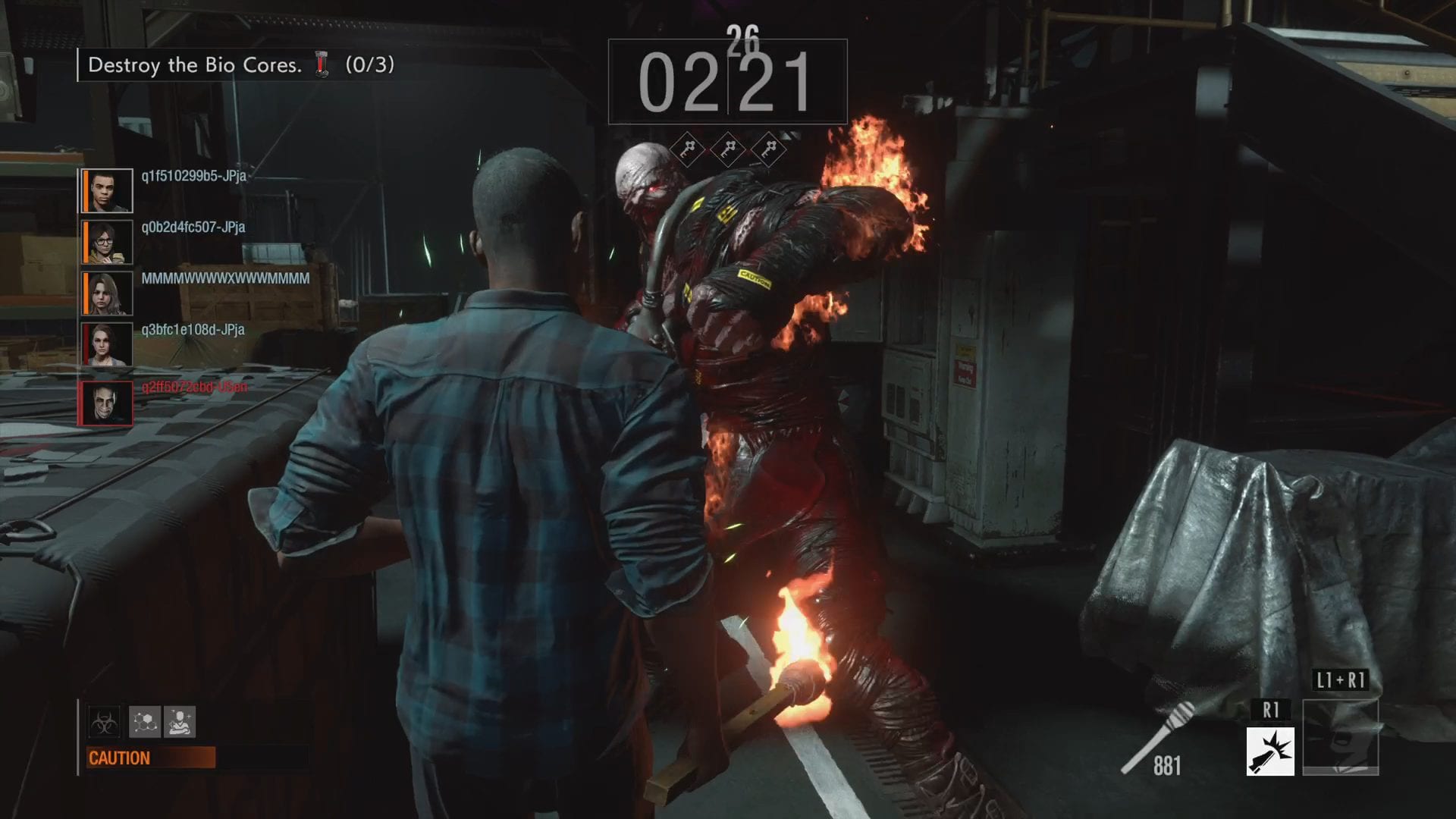 Resident Evil 3 Nemesis’ multiplayer mode, Resistance, is getting a meaty new update today that makes two of the franchises’ most iconic antagonists playable. Both Nemesis and Nicholai have been added as Masterminds, giving players the chance to thwart teams of survivors with brute force or devilish cunning.

An interview with Capcom over on the PlayStation Blog offers some information on how the two characters play.

Nemesis is described as being able to move “at a surprisingly fast speed” and “can deal multiple attacks using its tentacles, and emits a blood-curdling roar that stops Survivors in their tracks for a set period of time.” He is said to have more ranged attacks than G-Birkin and the Tyrant.

As for which of Nemesis’ different weapons and abilities we’ll be able to use, Capcom explains:

“The team evaluated all the attacks Nemesis has in Resident Evil 3, and derived its Resistance skills from the ones we think would feel the most satisfying for players to use when controlling Nemesis. It has a tentacle attack, a dash, and, of course, an ultra-powerful Rocket Launcher. Lots to look forward to!”

Nicolai, meanwhile, is said to have been a character the team identified as well-suited to a Mastermind during the game’s development due to his cunning personality and willingness to do anything for the right price.

“Nicholai is good at using firearms and tracking his prey. In Resistance, this translates into useful skills with camera-mounted firearms and abilities that allow him to track the Survivors around the map. He can also control Nemesis to hunt down Survivors, complete with an array of signature skills to use to hunt down his targets.”

In terms of what he plans, Nicholai is said to have more firearm and tracking skills than other Masterminds.

“He’s different from Spencer in how Nicholai’s Exclusive Cards gives him a wider variety of firearms to choose from, and how he’s able to track Survivors and see their actions behind walls. Nicholai’s biggest unique selling point is of course how players can control Nemesis and experience its terrifying power for themselves.”

Below you can check out a few screenshots of Nemesis in action:

Twinfinite concluded in its review of Resident Evil 3 Remake that Resistance wasn’t quite enough to make up for the game’s short length. Still, Resistance has its moments and one of our editors has been enjoying his time with the game. You can read an impressions piece for more.