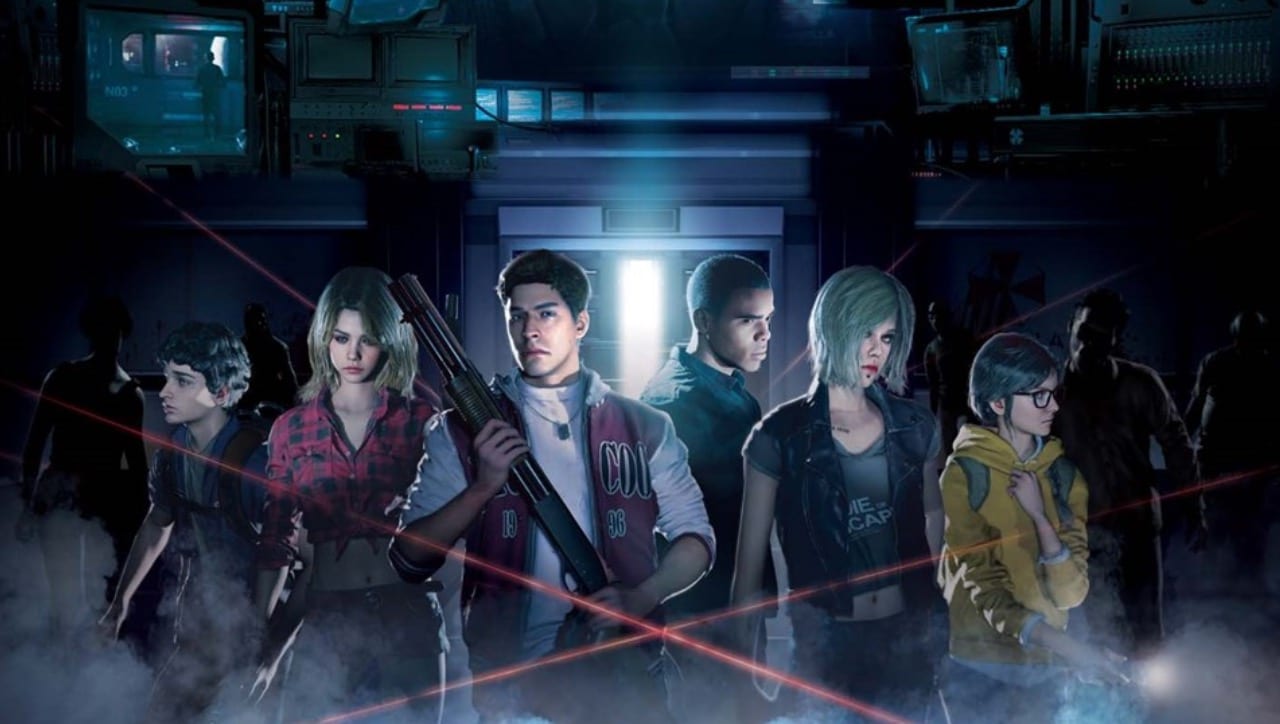 Resident Evil Resistance is Capcom’s solution to Resident Evil 3 Remake’s short length. By bundling the 4v1 multiplayer experience with the campaign, customers get a bunch of extra replayability for their $60. It’s a sound strategy in theory, but one that’s been a little divisive. As we noted in our review of the game, most players would likely have preferred a meatier story.

And up until recently, I was firmly in the same camp. While I initially had very little interest, I have to say it’s since gripped my attention in a big way. Indeed, it turns out that this multiplayer companion is surprisingly enjoyable, entertaining, and satisfying, while also making me realize that I’m an evil person.

For the uninitiated, here’s how it works: you can choose to play either as the Mastermind or as a survivor character in Resident Evil Resistance. The survivor characters work together as a group of four and each one has a distinct skill that separates them from the rest.

Valerie, for example, can heal your teammates and can pick out nearby items and monsters to reveal to her teammates. She’s basically a support character and the others are your typical class tropes; you got a tank, a person who excels in gunplay, and another that can disable traps faster than others.

Together, the four of them have to complete specific tasks in a closed-off map with several rooms while a terrifying clock is ticking. Meanwhile, the one person who is playing as the Mastermind is overlooking all of the cameras on the map and can place zombies, traps, dogs, and several other traps and tricks to stop the group from progressing.

The Mastermind role offers the most fun to be had in this multiplayer game. Being able to strategize and place objects/monsters in the correct places and working your way to literally kill all of these survivors is extremely satisfying when it all works out.

Whenever you play as the Mastermind, throwing all of your zombies and traps at once on the players can be risky since you’ll be rendered useless for a couple of seconds but it’s so rewarding seeing all of the survivor’s struggle.

Do I sound like an evil villain? Well, that’s what this game does to you once you start getting good at the Mastermind role. Video games rarely place you in the role of a bad guy but Resident Evil Resistance has no problem with turning you into a terrible, terrible person.

Playing as the Survivor can be enjoyable as well but it can be hard to communicate with your teammates to succeed in the multiple rounds to finally exit the map. After playing for a couple of hours as a Survivor, only one time did I win and that was because I was able to verbally communicate with a friend.

Once strangers were involved, that wasn’t the same case. Winning was extremely difficult for the most part and it wasn’t because the villain was a genius at properly placing zombies to stop us but because the teamwork just wasn’t there 90% of the time.

The thing is though, you still get rewarded plenty of experience points when you lose a match in Resident Evil Resistance, which are used to unlock new skills, equipment, and cosmetics for all of your characters.

Losing made me want to jump back in as much as winning did but the big issue with finding matches to play is that it can take forever to get things going.

Coincidentally, I attempted to play a match just this morning before work and I waited for almost 10 entire minutes before simply quitting out of the game.

Saying that though, I believe that Resident Evil Resistance will be one of those online experiences that is very underappreciated at the moment but in five years will be remembered as being very entertaining and full of interesting ideas.

Sure, it’s easy to draw comparisons to other titles with a similar premise like Dead by Daylight and as someone that has played both now, I can say that Resistance just makes the entire experience a lot more enjoyable and exciting. You’re not just turning on generators and escaping every single round as the survivor, and you’re not just running around a map as the villain playing hide and seek.

The dynamic between villain and survivor is much more compelling in Resident Evil 3 Remake’s multiplayer mode and once Capcom adds in more of the iconic cast into the mix, there’s no doubt that the fun factor will be even higher.

There’s a lot of joy to be had here so if you want an online game where you can feel like a complete badass villain for once in your life, play Resident Evil Resistance.

For more on Resident Evil, make sure to check out our Resident Evil 3 Remake review and some easter eggs that we’ve found.