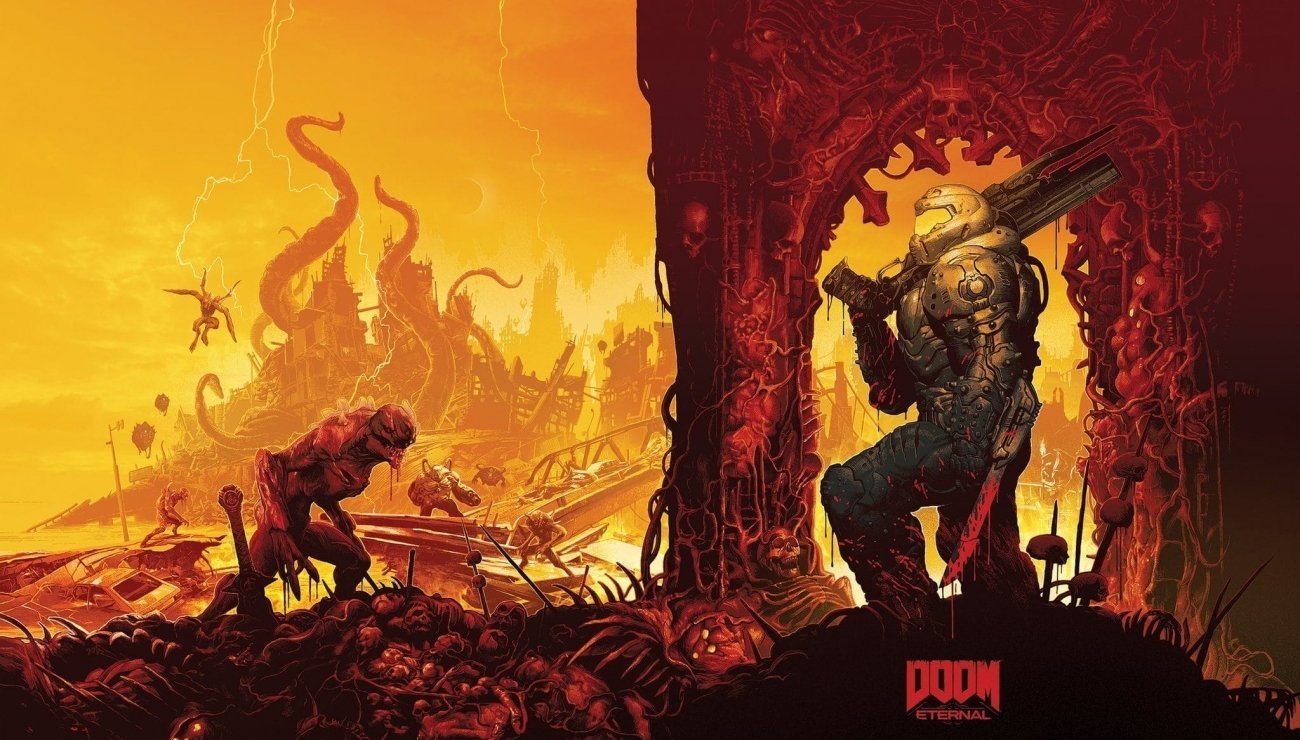 Following a public controversy over the lackluster audio compression of DOOM Eternal’s soundtrack, id Software has confirmed in a statement this week that it’s parted ways with composer Mick Gordon.

A report from Eurogamer last month first uncovered comments made by Gordon after a Twitter user had highlighted the differences in audio waves between DOOM 2016 and DOOM Eternal. The image essentially proved the sequel featured a less dynamic sound range than its predecessor.

Here’s a comparison between the original BFG Division from Doom 2016’s official soundtrack (left) vs. the BFG 2020 remix on Eternal’s soundtrack from today (right).

Notice how the wavelengths in BFG 2020 form a nearly perfectly straight bar vs. the original with more definition pic.twitter.com/TCJRdOe1Yf

In response, Gordon replied, distancing himself from the offending tracks: “I didn’t mix those and wouldn’t have done that,” he said. “You’ll be able to spot the small handful of tracks I mixed (Meathook, Command and Control, etc…).” He later went on to suggest that he’d never work with id Software again in an Instagram conversation that was screenshotted and posted to Reddit.

Now, following a period of silence on the matter from the id Software, executive producer Marty Stratton has posted a lengthy statement over on the DOOM subReddit (also reported on by Eurogamer). In it, he explains how a delay in receiving DOOM Eternal’s OST resulted Gordon’s work being combined with id’s lead audio designer, Chad Mossholder.

We encourage you to read the full statement for the details, but ultimately the bottom line is that while Stratton praises Gordon for his “defining” work, id Software and Gordon’s relationship had been tested repeatedly during development and won’t continue moving forward.

The two “struggled to connect on some of the more production-related realities of development,” Stratton explains, before concluding that “we (id Software) are at the point of moving on and won’t be working with Mick on the DLC we currently have in production.

Earlier this year, Twinfinite reported on a video showcasing the production of several tracks in DOOM Eternal’s OST that utilized a unique metal choir back in