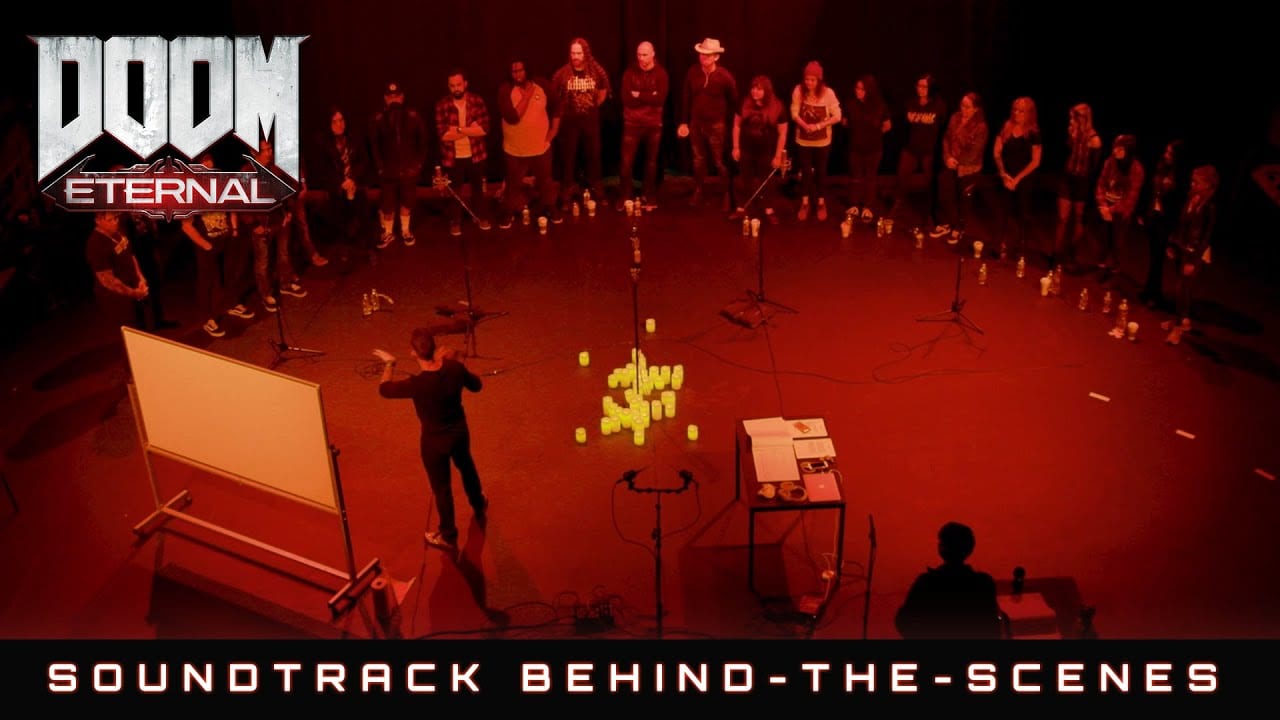 Bethesda has published a behind the scenes look at the making of Doom Eternal’s heavy metal soundtrack today, and it’s another awesome reminder of just how much goes into creating superb video game OST’s.

Led by legendary composer Mick Gordon, Eternal’s pounding metal theme owes its unique sound to a collection of male and female metal singers from around the world. The result is a totally badass metal choir with a shared passion for the iconic shooter franchise.

The choir includes names such as Tony Campos (Ministry; Static X), Sven De Caluwe (Aborted), Linzey Rae (The Anchor), and more. Mick, alongside the talented sound team at id Software, created the choir’s signature chant, pieced together from a mysterious and ancient language that harkens back to the Slayer’s origins.

As you’ll hear for yourself, the chant seamlessly weaves into the soundtrack and ties directly into the lore of Doom Eternal.

Check out the choir in action in the below video.

If you’d like to read more about Doom Eternal, you can check out the Battlemode gameplay from last month, a recent trailer, and there’s plenty of gameplay footage right here.

If that’s not enough, you should also read our somewhat recent hands-on preview.

Doom Eternal launches on PS4, Xbox One, and PC later this month, March 20.