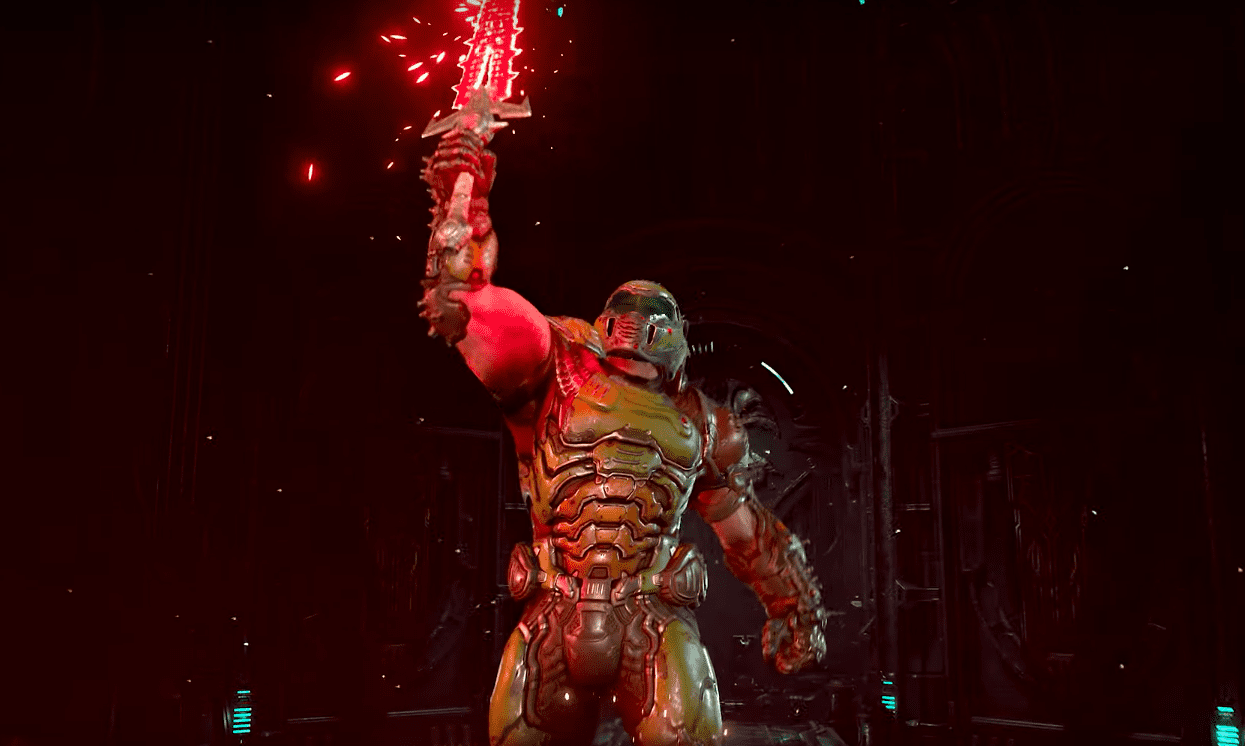 A new Trailer for Doom Eternal has dropped, and it has something for every type of fan of the series.

Streamed by Bethesda on Jan. 14, the trailer shows off everything from key story beats in the game to the Doom Slayer running wild all over demons with a variety of weapons.

The trailer starts with a view of Earth from space. The demons of hell are marching across the planet en masse, and as calls for help ring out across multiple radio waves, pentagrams and red fissures emerge all over the planet’s surface.

As this happens, the Doom Slayer watches on from space, readying himself for the battles ahead.

The trailer then moves into bits of dialogue and story from Doom Eternal. Allies and enemies alike fill in the gaps on who the Doom Slayer is, why the demons fear him and whether or not they fear him as he draws ever closer to them in his rampage.

It all culminates in the Doom Slayer obtaining a demonic blade. Once he has it, the trailer quickly shifts into bits of gameplay wherein he rips, tears and mutilates his way through all sorts of demons, turning them into piles of limbs or red mist in a matter of seconds.

It’s fast-paced, gory and everything fans of the series could want from a new trailer. Don’t take our word for it though; the trailer can be viewed in all of its glory down below.

Doom Eternal is currently slated for release on Mar. 20, 2020 on PlayStation 4, Xbox One and PC. For more on the game, check out the recently revealed 25th Anniversary skin players can unlock by being a member of Bethesda’s Slayer’s Club.

For more on the Doom series in general, check out our coverage of Bethesda’s recently announced upgrades for the re-released Doom and Doom II.