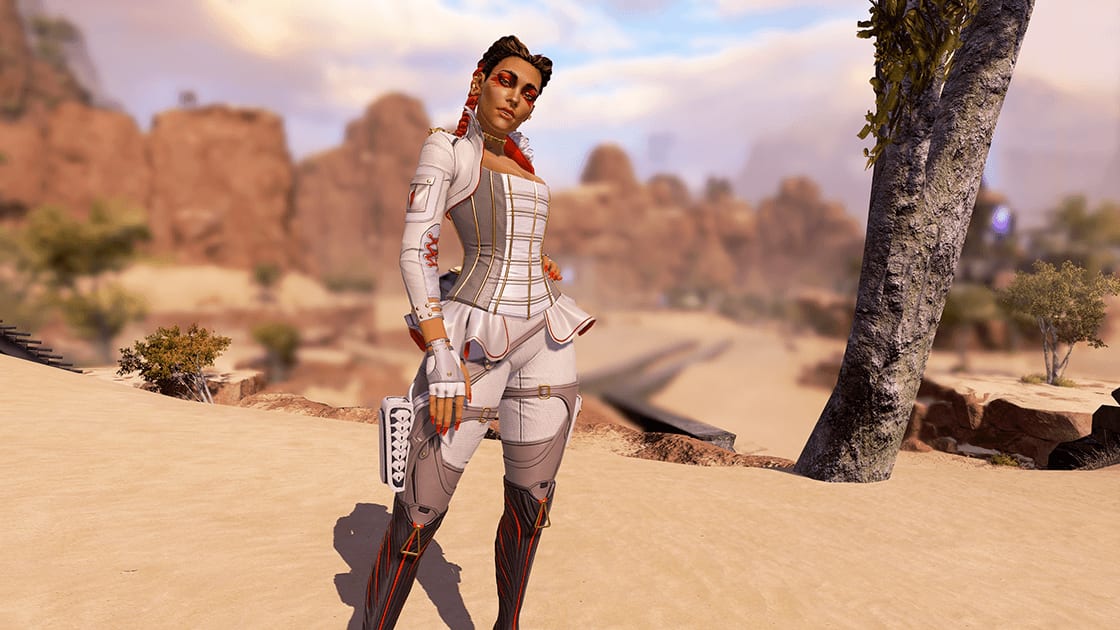 The fifth season of Respawn Entertainment’s Apex Legends begins today with a new character, battle pass, and changes to other characters and weapons.

The newest addition to the game’s roster is Loba, who can throw a teleportation device to quickly get out of trouble or reach high places. Her ultimate ability allows her to teleport nearby loot, while her passive ability lets her see epic and legendary loot through walls.

Season 5 – Fortune’s Favor also makes a few changes to the King’s Canyon map by sinking Skulltown and Thunderdome into the ocean, while other areas have been changed or expanded upon.

Players can find Charge Towers littered around the map that will charge all players’ ultimate abilities that are standing on its platform when it blasts. King’s Canyon will be the only map available for the first two weeks of Season 5, then will be constantly rotated with the World’s Edge Season 4 map.

Several characters received received changes or tweaks to their abilities with Mirage affected the most. His tactical ability allows him to gain control of his decoy, which will mimic his every move, while his passive lets him cloak while using a respawn beacon or reviving a teammate. His ultimate still spawns a team of decoys, but they now mimic his moves instead of standing still.

Respawn said while Season 5 does not have a new weapon, it is being creative with changing the pool of weapons available and said vaulting weapons is not an option because of purchased weapon skins.

Meanwhile, the Skullpiercer Hopup has returned for the Longbow DMR and Wingman pistol, and the Anvil Receiver has been vaulted.

Apex Legends Season 5 also brings a new battle pass, a season-long quest, reconnecting to ranked matches, and other quality-of-life and bug fixes. Check out the patch notes for the full list of changes.