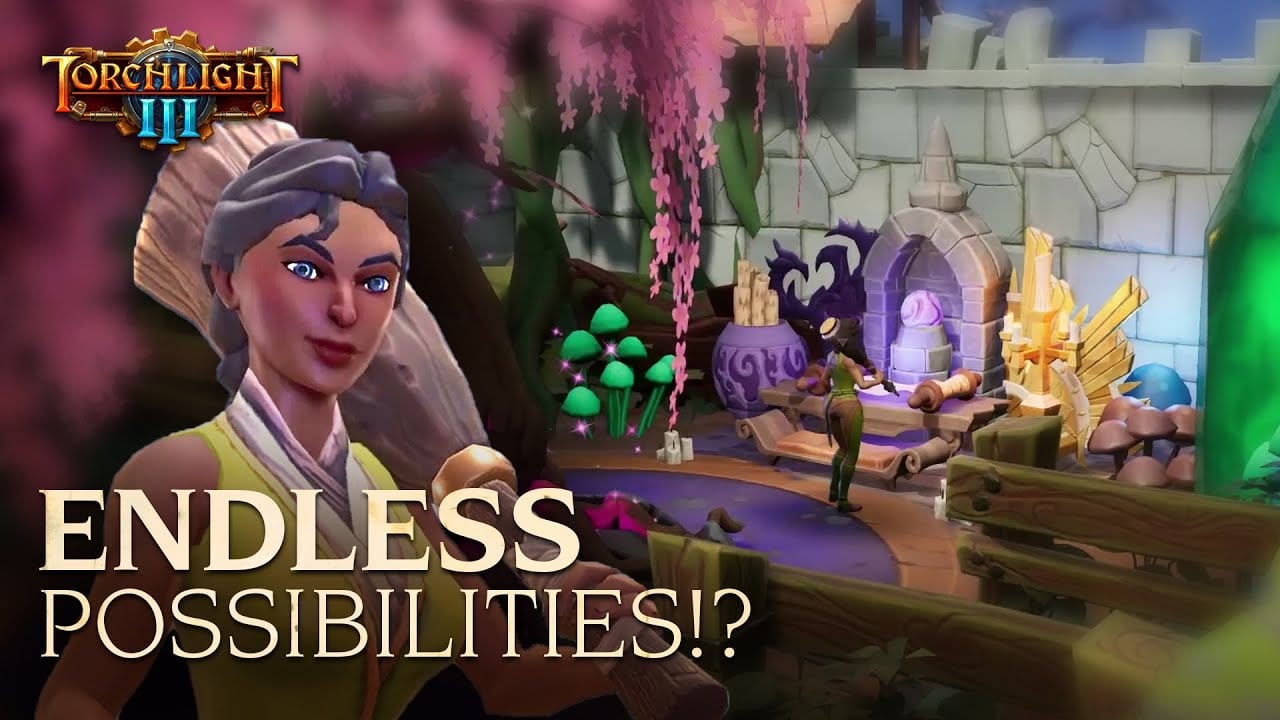 Torchlight III’s announcement took even its own fans by surprise when it was revealed earlier this year. In a welcome but totally out of the blue surprise, Frontiers, an online-only, free-to-play spin-off suddenly morphed into a full-scale sequel.

But as a new trailer showcases today, some of the more interesting innovations slated for the original concept look as though they’re likely to be weaved into Torchlight III in clever ways.

Forts, as you’ll see below, are customizable player-made structures able to be upgraded throughout the game’s campaign. Primarily, they serve as a space to upgrade gear collected during the main loot-driven RPG loop, but you’ll also be able to personalize them with decorations.

In a whimsical tone typical of the franchise, we get to see how starkly different they can appear depending on player preference.

As explained in an interview Eurogamer conducted with developer Echtra Games, you can expect other mechanics from the abandoned Frontiers project to make their way into Torchlight III, too. Online contracts, for example, function as missions that earn you rewards — rewards that can then be used for the purpose of upgrading equipment and Forts.

Stay tuned for more on the game as we move closer to its launch date, which is slated for some time this year. Until then, why not check out a recent trailer that introduced the Sharpshooter character class?