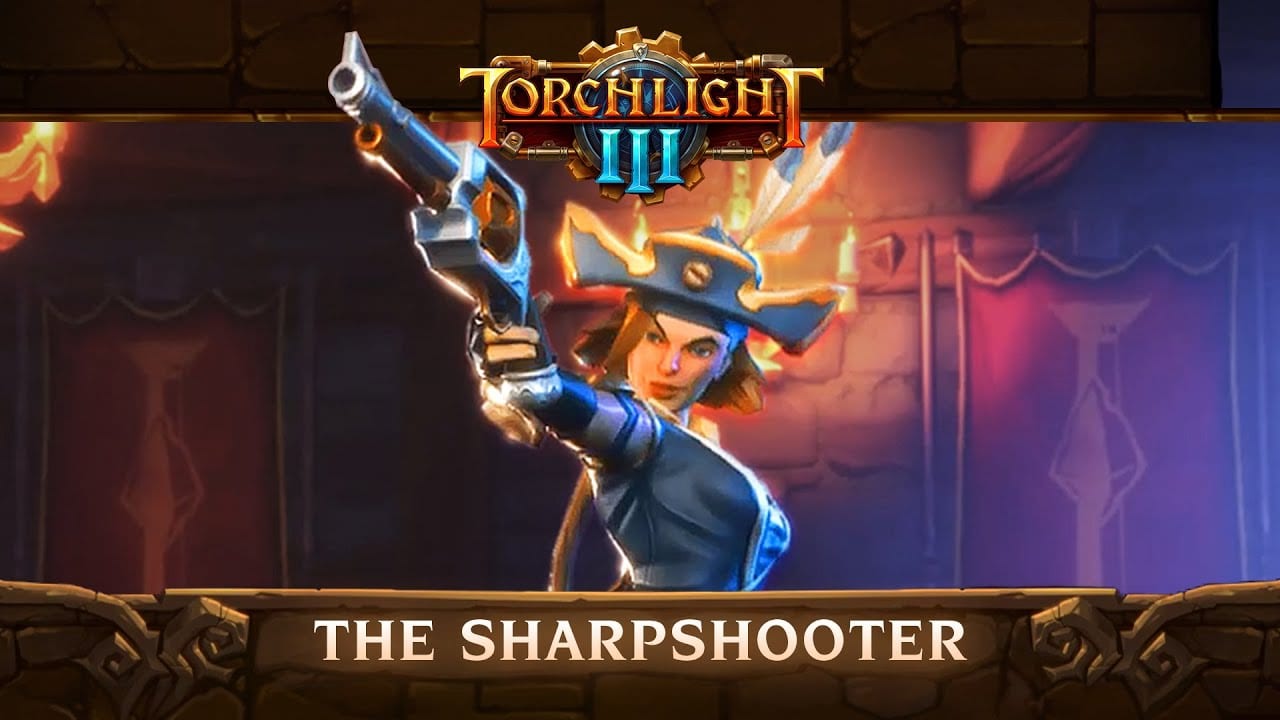 Following Torchlight III’s reveal earlier this year, developer Echtra Games is introducing the Sharpshooter class for the first time today in a new trailer. True to her name, the “elusive explorer” is capable of picking off targets from distance with a range of different weapons, from firearms to bow and arrow. The trailer also showcases her summoning abilities as she calls upon ancient spirits to unleash powerful attacks.

For the uninitiated, Torchlight III’s development came as somewhat of a surprise when it was revealed back in January. Echtra Games had originally been developing the shared-world RPG Torchlight Frontiers but opted to scrap the project in favor of a full sequel that stayed true to the structure of the original two games.

It’s a decision that will undoubtedly have pleased fans of the series, and from the looks of today’s trailer, it appears things are moving ahead swimmingly.

The Sharpshooter joins the Dusk Mage, The Forged, and The Railmaster as the four classes in the game.

For those that missed the original announcement trailer, you can watch it here. Torchlight III is coming to PC via Steam in 2020, but no release date has yet been announced.

If you’re still playing Torchlight 2 then do check out our article on the best mods in the game — the community is still very much alive.