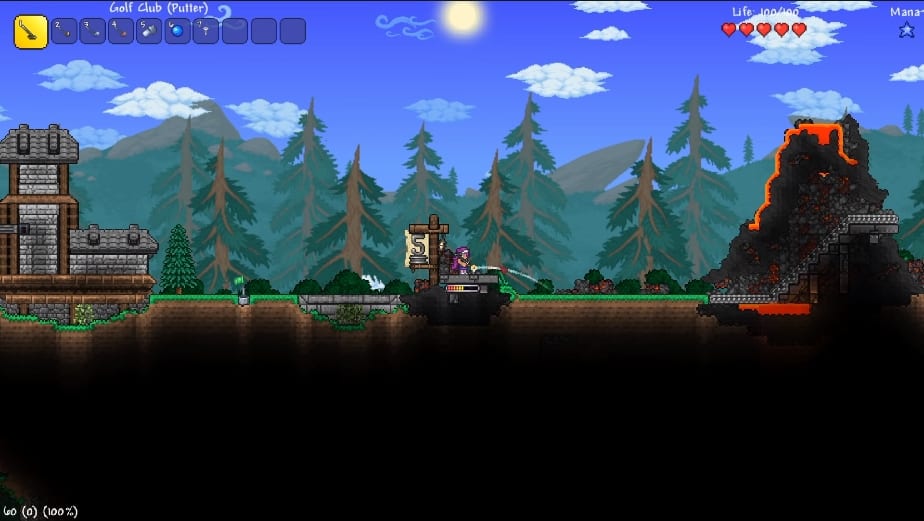 The exploration and crafting sandbox game Terraria will be receiving its last major update, Journey’s End, on May 16, 2020, developer Re-Logic announced on Twitter today.

Revealed last year at the E3 PC Gaming Show, Journey’s End is the final major update and expansion to the title originally released in 2011. It will include new enemies, over 800 items, an ultra-hardcore difficulty mode, golfing, an in-game Bestiary, and more changes to the game’s world.

The expansion, also called update 1.4, was scheduled to launch sometime in 2019, but quietly missed that window and will launch for PC on May 16, the game’s ninth anniversary. The developer said it will be coming to consoles too, but no date has been announced yet.

Terraria has appeared on several platforms including two console generations, handhelds, and mobile devices. The last platform to release was the Nintendo Switch last year, and the game has sold over 30 million copies in its lifetime as of last month.

While a sequel to the title was teased long ago, the studio did cancel a spin-off called Terraria: Otherworld in 2018. The game was supposed to contain “a blend of RPG and strategy elements,” but its ideas would “very likely see implemented” in future titles from the developer.