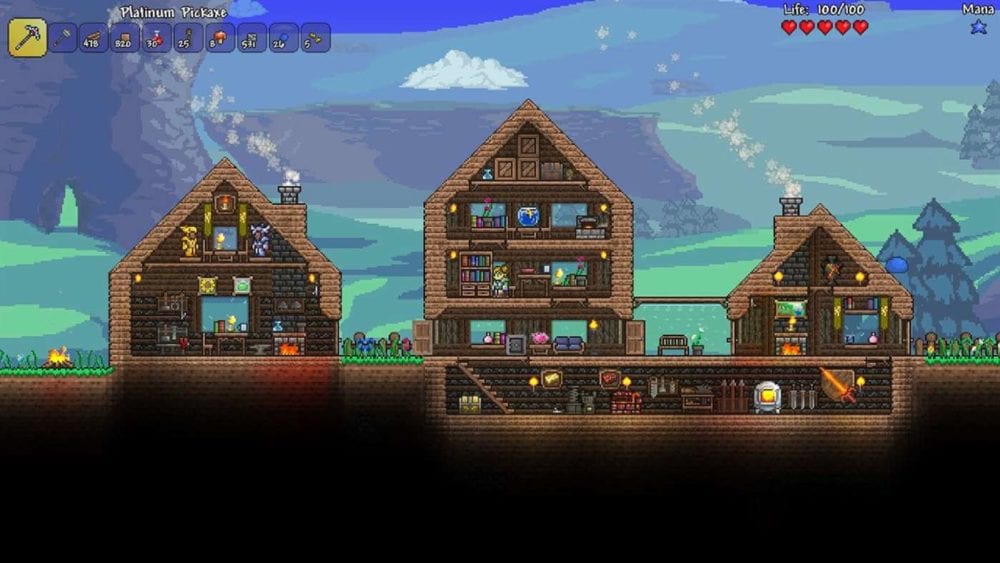 Terraria, the action-adventure sandbox game originally released for the PC back in 2011, is now coming to the Nintendo Switch this week on June 27, developer Re-Logic announced today.

The studio said Nintendo Switch owners would be able to digitally download the game from the Nintendo eShop on that date, but a physical retail version would be coming in “a bit more time.”

Re-Logic also said it will be holding daily events for prizes to celebrate the game’s launch on Switch alongside a live Q&A tomorrow, June 26 with Pipeworks Studios, developer of the Switch port. Both will be held through the game’s official Discord server.

The game has received numerous updates since its initial launch and Re-Logic announced a final update and expansion, titled Journey’s End, coming to the game sometime this year.

While the eight-year-old game continued to receive updates, a spin-off title with RPG and strategy mechanics called Terraria: Otherworld was canceled last year and a proper sequel, Terraria 2, was planned but has not been further detailed since its initial announcement in 2013.