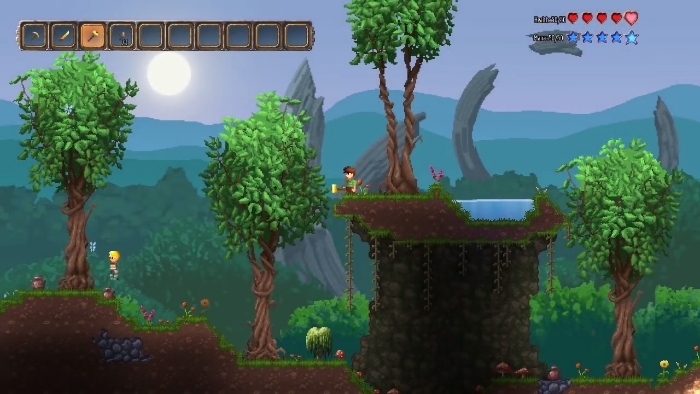 Development of Terraria: Otherworld, a spin-off of 2011’s 2D action-adventure sandbox Terraria, has been canceled, developer Re-Logic announced earlier this week. The studio cited several reasons behind the cancellation in a post on its official forum, including announcing the project too early and outsourcing work to another company.

“Our team has a clear vision for this game – one that we shared with all of you with much shared excitement – and, in spite of all of our efforts, the current state of the game remains equal parts far from that vision and beyond behind schedule from our initial planning when we shared Otherworld with all of you three years ago,” Re-Logic said in the statement. “Progress has absolutely been made during that time – but unfortunately, a very thorough status review of the game versus its intended design showed both the Re-Logic and 505/Pipeworks teams that things were quite a bit further away from the finish line than we had imagined.”

“We sincerely thank both of our external development teams for their hard work on the game, but at some point, we have to be honest with ourselves and realize that Otherworld simply is never going to reach its potential in any sort of reasonable time or fashion.”

Originally announced in a trailer at the Game Developers Conference in 2015, Terraria: Otherworld was planned to be a blend of RPG and strategy elements for PC and Mac, while considering PlayStation 4 and Xbox One versions. Re-Logic said it possesses all assets of the game and ideas that could “very likely see implemented” in future titles from the company. The studio also mentioned it is still working on update 1.3.6 for the original Terraria, but did not announce any details or release date.