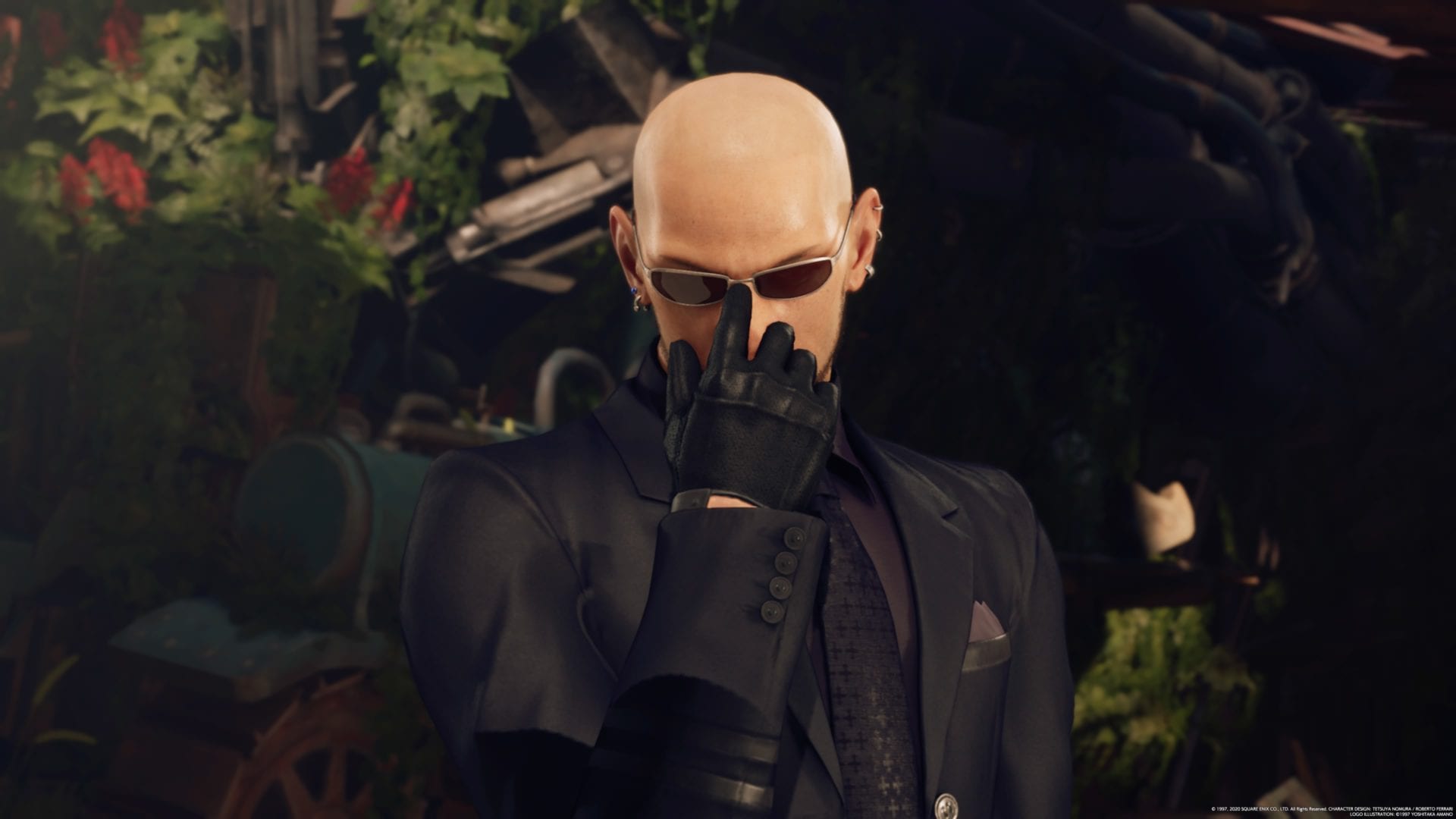 Final Fantasy 7 Remake is full of incredibly deep and cool boss fights, and one of them is against just about the coolest cat in the entire Final Fantasy universe: Rude, the strong and mostly silent member of the Turks (who we got a sneak peek at pre-release, along with some of the higher-ups at Shinra). Here’s how to beat Rude in Final Fantasy 7 Remake

How to Beat Rude in Final Fantasy 7 Remake

Rude is encountered towards the end of the second semi-open section of the game in the Sector 5 Slums. Aerith will suggest returning to her house for the evening once you have completed all of the available side quests, but you can return earlier if you so wish, and it is on the path home that you will encounter Rude.

The fight with Rude takes place in a large, circular clearing. A relentless melee attacker, Rude will close in and pummel your currently controlled character, using a variety of unarmed martial arts and even wrestling maneuvers.

You have both Cloud and Aerith in your party for this fight, but it is best to manually control Cloud for the most part. This really is a duel between Rude and Cloud, after all, but Aerith’s support abilities will be crucial to your success.

This is a two-phase fight, with the only real difference being that Rude will gain access to some new moves in the second phase, but the same general strategy still applies.

During the first phase of the fight, try and become familiar with Rude’s attack patterns, and learn when to switch from Operator to Punisher, as the situation demands.

Operator is all about mobility; while in this stance, you are able to run and dodge freely. Punisher increases damage, and allows you to parry and counterattack, but reduces your overall movement speed drastically. Remember that dodging while in Punisher mode automatically puts you back in Operator.

The key to success against Rude is successfully countering his physical attacks, which will rapidly fill his Stagger gauge. Once full, you can unload with your own Special Abilities such as Braver and Focused Thrust to inflict massive damage.

Rude has a variety of moves at his disposal to hurt you in any situation. Haymaker is a powerful straight punch that has an impressive reach but can be avoided by dodging to the side. Spinning Axe Kick is a jumping attack that will home in on you, it can’t be countered and is difficult to dodge, so simply Guard against it (R1 by default) to mitigate its damage.

After each of these attacks, Rude will often follow up with a more conventional combo of punches and kicks, and this is ideally where you want to get a counter in. It will interrupt him, and then you can unload with a combo of your own.

In short, avoid Rude’s special abilities, switch to Punisher mode, and counter his conventional attacks and inflict as much damage as you can. Don’t get greedy though, break off and wait for another opportunity once you score some hits, and if your health is low, have Aerith heal you in order to preserve Cloud’s ATB gauge.

Phase 2 will begin once Rude is reduced to around 50% HP. He learns a few new moves that are a bit more dangerous than his earlier phase.

The first is Shockwave, which is a powerful homing attack that travels underground, and will knock Cloud high into the air if it connects. This will leave him wide open, and Rude will quickly capitalize by pummeling Cloud while he is down. Like Haymaker, this attack should be avoided by dodging sideways as it approaches, but leave it till the last second as the attack will follow you.

The second is Spirit Geyser, which is similar to Shockwave in its effect but differs in its delivery. Rude will summon this attack directly beneath you, and you will need to dodge to avoid it and keep rolling, as three Geysers will be summoned in total.

The third is called Seize, and you will know it is coming if you find Rude suddenly blocking your strikes. A powerful counter, Rude will grab hold of Cloud and land several powerful blows, before spinning him around and throwing him at Aerith, causing damage to both. This one is pretty tough to avoid, so the answer is hit-and-run attacks. Land a hit or two, and then dodge away before Rude grasps you.

This can be a long fight, so you should find yourself with a Limit Break somewhere during this second phase. Try and conserve it until you have almost filled Rude’s Stagger gauge, and launch Cross-Slash to push him over the edge. Once he is vulnerable, hit him with a Punisher combo and both Braver and Focused Thrust, if you have the ATB.

If you can stay out of his reach, punish his mistakes and fill that Stagger gauge, Rude will finally go down. The key is perseverance, and like every other boss encounter in the game, learning the appropriate counter to each of his attacks.

That’s everything you need to know on how to beat Rude in Final Fantasy 7 Remake. For more helpful guides, be sure to check out our ever-expanding guides Wiki.