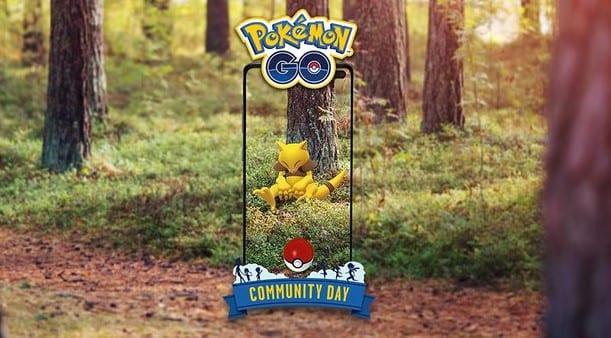 Originally, Abra was supposed to be the Community Day focus in Pokemon GO for the month of March. Tons of gameplay changes and one pandemic later, we finally have a new date for Abra Community Day.

It’s essentially going to have all the same features you would expect from a regular Community Day with some extras that promote playing from home. Just to recap, here’s everything from the original event that is still happening in this rescheduled Abra Community Day.

You’re going to find Abra more often in the wild, a shiny version will be available, Alakazam will learn Counter during the event and there will be a paid Special Research quest titled Investigating Illusions.

On top of those features, they also have a list of others included in what they’re calling Community Day: Play at Home Edition. Arguably the biggest change is that the standard length of the event has been doubled from three hours to six.

Catch stardust will now be tripled instead of just doubled. Instead of lures lasting for three hours, incense will now get a duration boost of the same amount. This will not only encourage players to participate in the event but do so from the safety of their own homes.

To even further the playability of Pokemon GO’s Abra Community Day at home, Great Buddies will frequently find Poke Balls and other items throughout the event.

What’s more exciting is that this will also be the first chance we have to get our hands on an Elite Charged TM. This item will be a part of a 1280 PokeCoin box that also includes 30 Ultra Balls, three Super Incubators and three Incense.

For those who aren’t familiar with the new type of TM, this item will let you choose which attack your Pokemon will learn. Not only that, but you’ll be able to teach it attacks that were previously only available during events like Raid Days or Community Days.

The last thing they teased was some different Pokemon photobombing pictures. All they said was, “Take a snapshot during Community Day for a surprise.” It doesn’t tell us much, but it might be worth trying out when the day comes.

You can finally take part in Pokemon GO’s Abra Community Day a week from this Saturday on April 25 from 11 a.m. to 5 p.m. local time.

Before Abra Community Day next weekend, don’t forget to check out Incense Day this Sunday. And get caught up on all the details about how you’ll be able to start raiding from home.