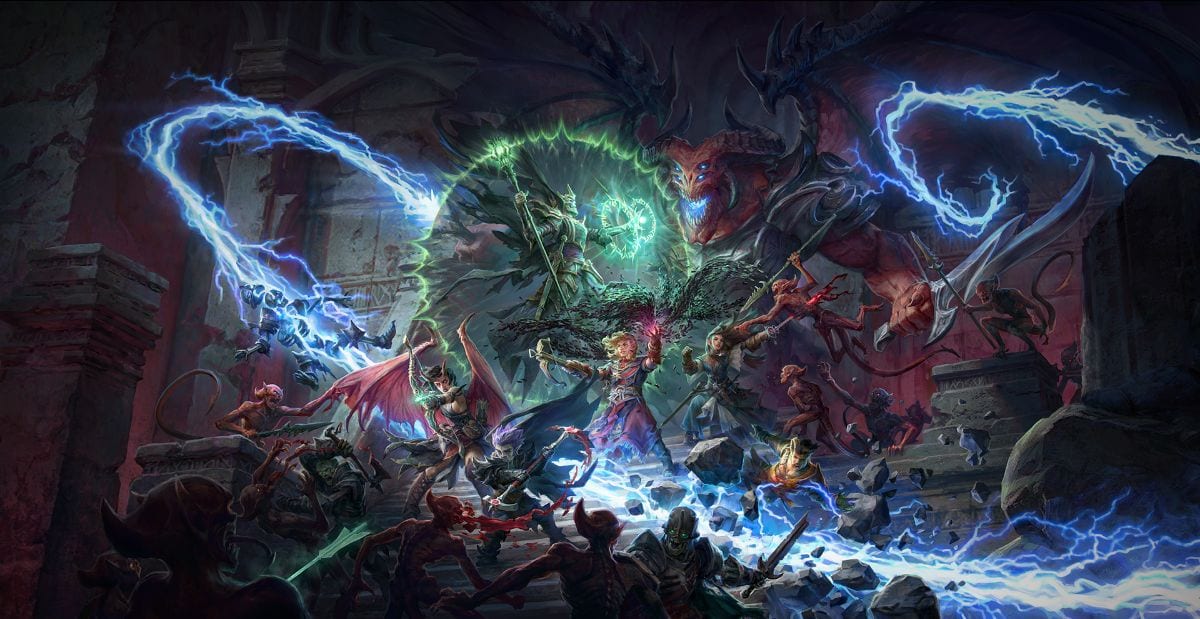 Owlcat Games’ Kickstarter crowdfunding campaign for the recently announced sequel Pathfinder: Wrath of the Righteous has been a raving success. A month after hitting the $1 million mark in little over a week, the developer announced today that it’s raised $2,054,339 from more than 35,000 backers, knocking off 20 stretch goals in the process.

In celebration of the campaign’s success, the studio has shared that fans will also be able to pre-order Pathfinder: Wrath of the Righteous through the new official website launching at the end of the month and that the first closed alpha test will be held this April.

For those not up to speed with the series, the original Pathfinder video, Kingmaker, which is based on the TRPG from Paizo, was released in 2018 and was a successful Kickstarter project in its own right. The game is reminiscent of other modern CRPGs such as Divinity, featuring isometric gameplay and lots of roleplaying options.

Pictured in the image above, a new alternative key visual has been revealed as part of today’s milestone celebration—it is showcasing the player’s character who followed the evil path of a Lich, instead of the Angel’s path featured in the first original art unveiled in December.

“I express sincere gratitude to every backer who has supported us. This Kickstarter campaign was incredibly successful and our team is amazed by the overwhelming support of backers who share our love of Pathfinder. “For us, it is essential to communicate with the core players from the early stages of development. We are looking forward to getting the players’ feedback during a closed alpha test in April.”

Pre-orders for the game will go live from a dedicated website later this month, we’re told, while Kickstarter backers will be able to access an account to manage and upgrade their pledges, select specific add-ons, receive digital rewards and edit personal information.

While Wrath of the Righteous’ Kickstart campaign has exceeded expectations, Owlcat Games has stated that continued support and pre-orders will help fund the final stretch goal that was still active at the time of the campaign’s completion: adding a new Hunter class and dinosaurs as animal companions.

As for when it will be playable, there’s a closed alpha test on the way for those who are either Kickstarter backers or have pre-ordered the game.

For more on the game, you can check out Twinfinite’s interview with the team at Owlcat Games and read our recent preview of the game.