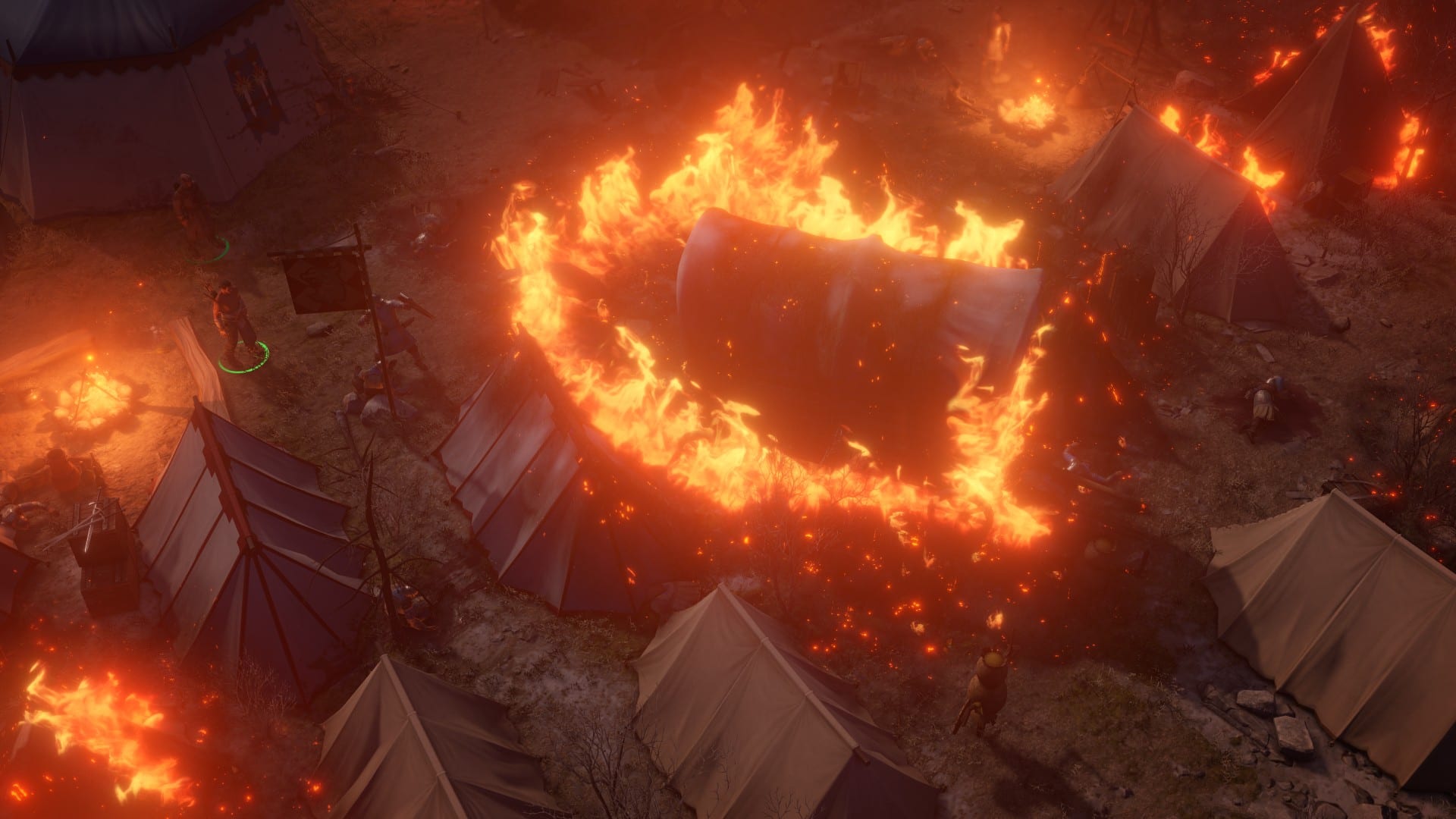 The Pathfinder franchise is a relative newcomer to the RPG space, both in regards to its tabletop and video game iterations. Impressively, though, in that short amount of time, it’s carved out its own space in the popular tabletop scene, even outselling the massively popular Dungeons & Dragons series from which it takes inspiration over a given year on several occasions.

As for its video game adaptation, developer Owlcat Games put forth a valiant effort in its first attempt with the Pathfinder franchise when Pathfinder: Kingmaker released back in 2018.

The enthusiasm for the franchise was clearly evident right from the off, as Kingmaker was quickly able to raise over $900,000 on Kickstarter. The next game, Pathfinder: Wrath of the Righteous, is looking to replicate that success with another Kickstarter that launched today.

Once again, the main challenge Pathfinder: Wrath of the Righteous faces will be to stand out from what is now a very crowded genre of D&D-based CRPGs. It’s a daunting challenge for Owlcat, though I must admit I’m thrilled the competition is so fierce as a CRPG fan; after all, for years the CRPG genre was sputtering out and dying off.

Not only are there great new CRPGs being released like Pillars of Eternity and Divinity: Original Sin, but enhanced editions of classics like Baldur’s Gate and Icewind Dale now exist, too. The success of all of the above, the amount of talent in the developer ranks, and the renewed interest in the genre overall is likely the reason something like Baldur’s Gate 3 was allowed to be green-lit.

Thus, the narrative and the overall writing effort is going to be key in standing out among a genre that is already loaded with games that are hugely entertaining and deeply complex role-playing experiences.

Fortunately, for the most part, this is an aspect of the first game, Kingmaker, in which excelled. Owlcat Games has a talented team of developers that includes senior narrative designer Chris Avellone, a founding member of Obsidian Entertainment who has worked on classic games such as Fallout: New Vegas, Divinity: Original Sin 2, Planescape: Torment, Icewind Dale, just to name a few.

Building on that strength will be key. In our recent hands-on demo of Pathfinder: Wrath of the Righteous, I got a small taste of what to expect.

Wrath of the Righteous is set years after the events of the first game and it’s separated geographically. My preview thrust me headfirst into a pivotal battle as mankind attempted to wrestle control of a key city that had been overrun by a demon onslaught. With swaths of land and thousands of Pathfinder’s many races enslaved and killed, the crucial counter-offensive I’m charged with leading is decisive in dislodging the Demon’s foothold.

The demo started with my character weighing different options about how to approach the battle from various advisors that had very different opinions. For example, I could side with the ruthless but efficient and orderly Hell Knights, who (in my demo at least) have a tenuous alliance with my group and employ a riskier but strategically sound idea. Or, I could take a craftier approach suggested by one of my more shady, sneaky advisors.

I decided to go with the Hell Knight’s approach, which involved me going right after various key enemy siege artillery to give us an upper-hand. Whatever approach I chose would apparently dramatically change how the battle played out.

In the midst of this meeting, I had another ally start to crack under the pressure. I needed to pass a number of skill checks in order to motivate this person to stay focused and participate in the battle. Alternatively, I could have just scolded them and dismissed them outright.

Of course, the way you build your character and their team of allies will also have an impact in battle as well. Throughout the battle, I was afforded opportunities to take shortcuts, avoid traps, and gain certain advantages depending on the characters that were brought with me and my own personal skills. The one time I got nailed by a trap after a failed skill check, I couldn’t imagine not having someone that could consistently detect them in my party.

Pathfinder: Wrath of the Righteous will be chock full of moments like these, as is expected in a modern-day CRPG, and I was very encouraged by what I saw in the demo. There will be plenty of tough and interesting choices to make that will have a big impact on the game’s story and combat as well.

Another element that will factor into whether Pathfinder: Wrath of the Righteous will raise its status within the CRPG genre is how well the developers respond to the feedback provided from the first game.

In a recent interview with Twinfinite, senior editor Alex Gibson asked about the difficulty of the previous games. The learning curve to understanding the rules of the Pathfinder universe was quite high which presumably turned off some people.

At the preview event, we got to see the new ways that players will be able to fine-tune the difficulty. Players can continue to go with an experience that adheres strictly to Pathfinder rules, or they can opt for a story/casual-focused difficulty. You can also create your own custom difficulty which will allow you to mix, match and optimize the challenge to your preference.

Lots of fans like the freedom of choice that modern narrative-focused CRPGs provide, but the classic gameplay isn’t for everyone. I’m all for providing different options to bring as many players into the fold as possible provided there’s still a way for hardcore fans of tabletop RPGs to get the authentic experience they crave. Fortunately, that appears to be the case with Pathfinder: Wrath of the Righteous.

I have little doubt in my mind that Pathfinder: Wrath of the Righteous is going to be a meaty game given that its predecessor weighed in at over 80 hours by many accounts. So having played just 45 minutes of gameplay give or take during our preview demo, it’s hard to get an accurate gauge for how the overall quality will hold up tens and possibly even hundreds of hours later.

That said, what I did played, and what has been said by the developers both in our previous interview and at the demo, left me feeling very optimistic and encouraged about the direction Pathfinder: Wrath of the Righteous is going in.

The developers appear to be listening to the feedback from the first game and are committed delivering more of what players enjoyed. The nuts and bolts of gameplay are all sound from what I played, and there doesn’t appear to be any shortage of narrative deviations, skill check dialog options and the like that fans of the genre and tabletop games are going to want to see.

Pathfinder: Wrath of the Righteous is due out for PC with an estimated delivery date of June 2021. It is currently seeking crowdfunding on its Kickstarter of the tune of $300,000.