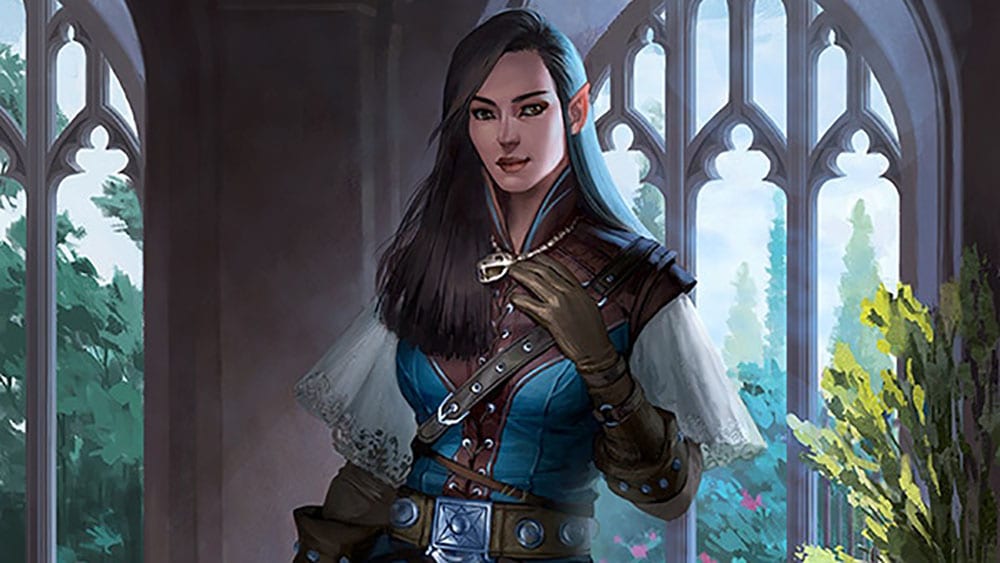 Today Owlcat Games had more updates to share about its upcoming RPG Pathfinder: Wrath of the Righteous.

First of all, we get word about a new class that will be introduced to the game, the Shaman.

Shamans can interact with the spirits and take advantage of their power. Here’s how Owlcat describes them:

“A person becomes a full-fledged shaman after bonding with one of the spirits and forging a special permanent connection with it. This bond takes the form of a spirit animal, the living embodiment of the chosen spirit. Through it, the shaman not only becomes a divine spellcaster, with the ability to use the forces of nature similar to that of a druid, but also gains the power to channel their bonded spirit’s power into supernatural phenomena.

A shaman who has bonded with a bone spirit can kill enemies with a bone-shattering touch, or even temporarily become incorporeal, shedding their physical form. A wind shaman gains control over lightning, making it strike enemies, and can even become a huge wind elemental, unleashing their power as a tornado. Or, if you like a more personal approach, you can be a battle shaman, bolstering your allies with your rallying cries, making your weapon a bane to enemies, and even turning yourself into an avatar of war with supernatural battle prowess.

That’s not the only thing shamans get through their spirits: they also gain access to hexes similar to those of a witch, such as cursing an enemy with only a glance, making an ally lucky beyond measure, or growing powerful claws. While some of the hexes are available to any shaman, some of them are unique to the shaman’s bonded spirit.

Bonding with one spirit is impressive, of course, but that’s not what makes shamans masters of the spirit world—they also have the ability to commune with any wandering spirit they encounter and harness their powers. Shamans can find a suitable spirit anywhere, any time, and by using this ability wisely they can magically gain the means to overcome any hurdle on the spot. More than that, shamans can ask spirits around them to grant them temporary hexes, known as wandering hexes.

Obviously, there are other kinds of shamans on Golarion. Spirit wardens, defenders of the living, gain powers to resist and destroy the undead. The witch doctor is a specialist in dealing with wounds and curses, banishing both with ease. Unsworn shamans don’t bond with spirits—they rely entirely on their ability to form temporary bonds with several spirits at once, which may be less powerful, but plentiful. Possessed shamans actually let their spirit dwell in their body along with the shaman’s own soul, giving the spirit some power over the body. This grants the shaman certain skills known only to the spirit. And, finally, spirit hunters use their close connection to the spirit world through a single spirit to enhance their weapons in a never-ending war against evil and malign spirits.”

Speaking of spirit hunters, a new companion named Camelia is a spirit hunter who we’ll be able to recruit for our party.

“You will meet Camellia in the raging flames of Kenabres. She is a noble, able to maintain her stiff upper lip amidst the chaos that has engulfed the city in the wake of the demon invasion. A talented shaman, she seems eager to lend you her aid and fight under your command, but she won’t tell you much about herself, deflecting your questions with a polite yet fleeting smile. Even her alignment stays hidden, thanks to a special amulet the girl refuses to take off. If you’re willing to put in some effort, Camellia could open up to you, becoming your friend or even a lover.

Until then, a girl must keep her secrets.”

We also get to learn from the composers who are creating the game’s soundtrack, Dmitry V. Silantyev, Mikhail Kotov, and Dmitry “Dryante” Makarov.

Speaking of Silantyev, we also get to hear one of his tracks, titled “Champions of the Abyss.”

The estimated release window is June 2021 and for now, the game is coming only on PC.

If you’d like to learn more, you can check out the original Kickstarter video, our interview with the developers, listen to the main theme, and read about the turn-based mode.