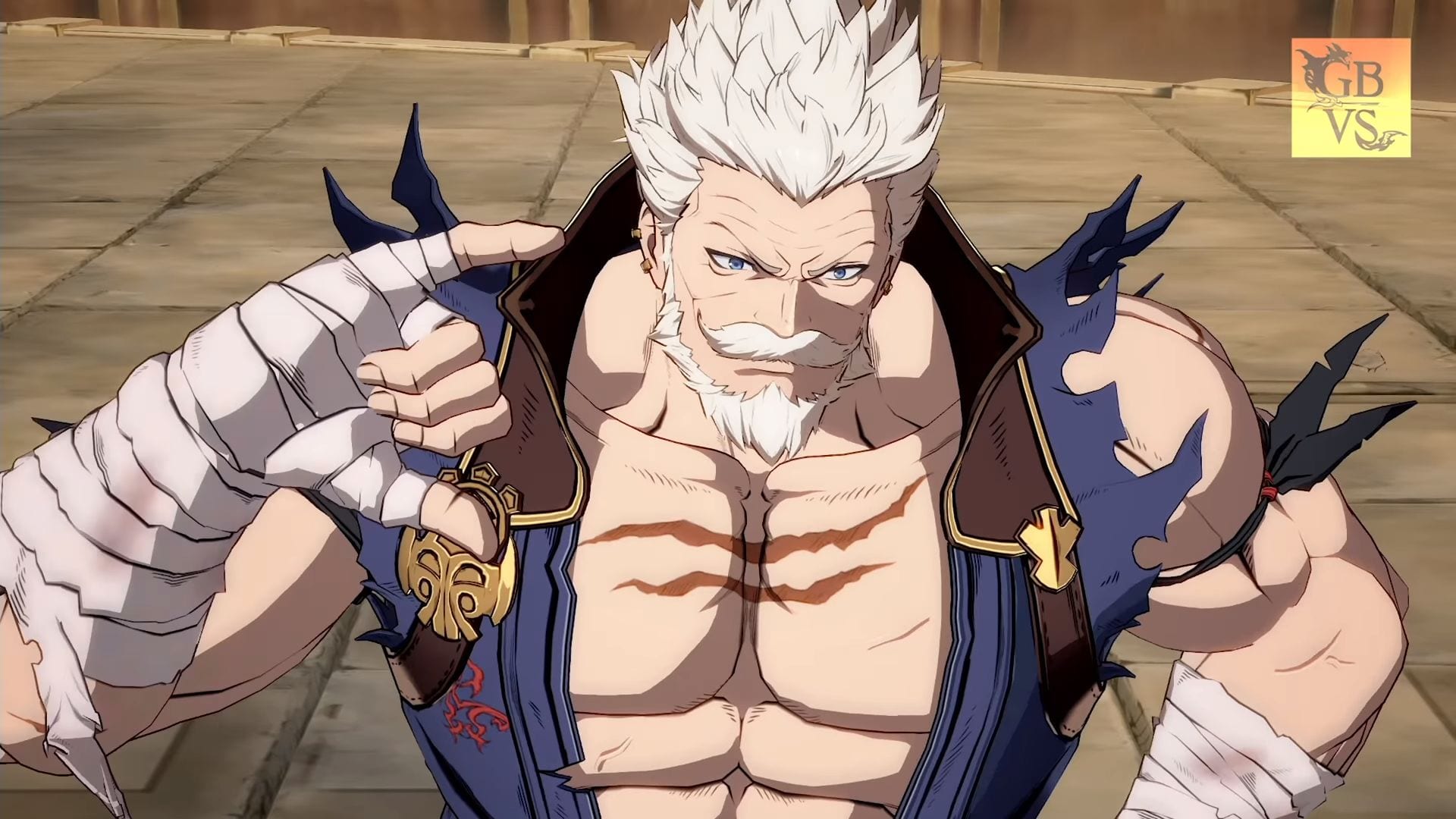 The trailer and images focus the third DLC character coming for the game, Soriz.

We learn that Soriz will release on April 7, and he will inevitably come with the ability to lose his clothes and bring devastation down on his enemies while wearing only a loincloth.

If you know Soriz, you know he’s awesome. If you don’t know him, you should watch the trailer below and the second video, showcasing Sanba Garasu Otoko Uta, which his character song for the original mobile game composed by Nobuo Uematsu and Hidenori Maezawa.

The screenshots, which you can see below, showcase Soriz’s moves. We also learn that the next trailer focusing on Djeeta will relase on March 31.

Granblue Fantasy Versus  is currently available for PS4 and PC. If you want to read more about the game (and the upcoming action JRPG Granblue Fantasy Relink) you can also read our recent review with director Tetsuya Fukuhara alongside our review

Speaking of the game’s DLC, you can enjoy a trailer focusing on Beelzebub and Narmaya and another showing off Zooey.

Blue Protocol Offers Second Chance to Register for The Beta

Marvel Future Revolution Gets New Trailer Focusing on Heroes, Villains, and the Multiverse