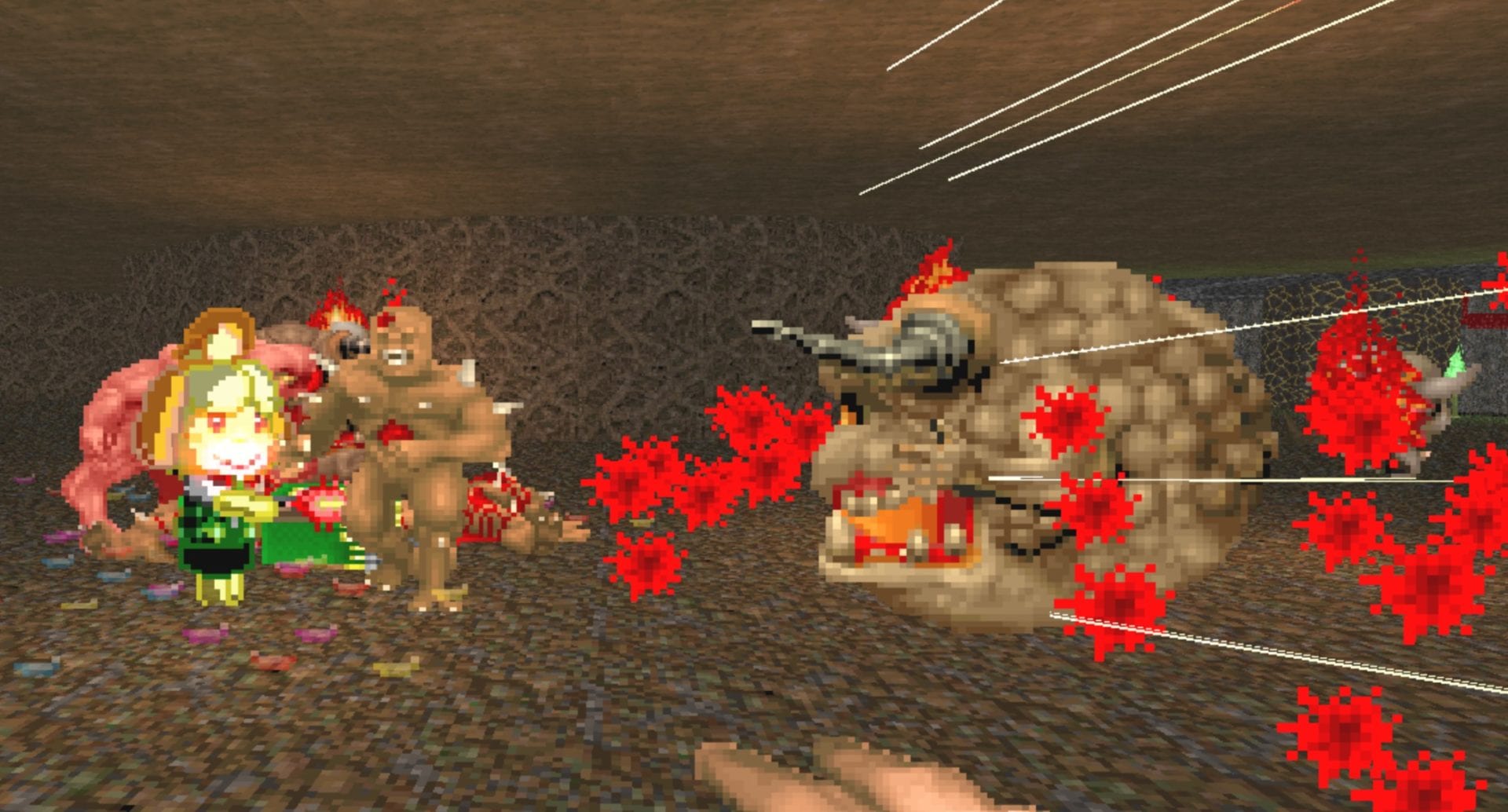 It was only a matter of time. A Doom modder that goes by itsmeveronica has created a PC mod for Doom II: Hell on Earth that brings in Isabelle from Animal Crossing into the game as a fully-fleshed out companion. She assists Doomguy in slaying a bunch of demons by using her confetti cannon, a hammer, and a slew of abilities.

Thanks to the wonderful Doom and Animal Crossing crossover memes that have been popping up over these last few months, the modder was inspired and began to work on the mod earlier this month on March 6. Itsmeveronica ended up finishing the mod nine days later with it releasing to the public on March 15 —you can download it for yourself over on ModDB.

If you’re someone who has always wanted to check out the OG Doom games and is a fan of the adorable Isabelle (I mean, how could one not be?), then this mod will surely entice you to jump in. Isabelle even throws you ammo and health packs just like Elizabeth in BioShock Infinite –how neat is that?

You can watch the Isabelle Doom companion mod in action down below in all of its goriness:

If you like what you see, then you will really like this Isabelle amiibo that’s crossed with Doomguy’s body.