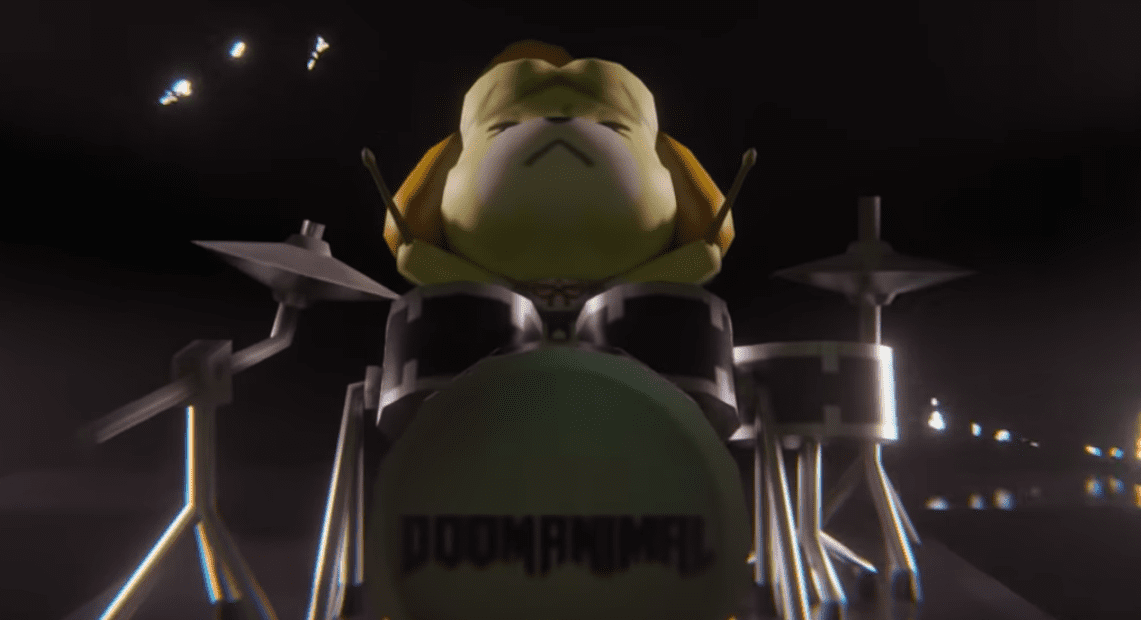 The Doom and Animal Crossing fan crossovers continue to get more and more creative, as a video titled “Doomanimal” shows.

Posted to Twitter by Andrei Mishanin on Mar. 20, the CG short shows several Animal Crossing characters playing metal music from the Doom soundtrack. Isabelle can be seen on drums, while Tom Nook is at the center manning a sound and effects board to ensure the show looks as visceral as it sounds.

Two villagers, meanwhile, man the front. One is adorned in an outfit with a goth aesthetic and tears away at her guitar with gusto. The other is adorned in Doom Slayer armor, thrashing on a guitar with all their fury along to the blasts of sound.

The video only lasts about a minute, but it’s still hands-down one of the most creative fan crossovers made for the two series yet. It even earned a shoutout from the official Doom Twitter account, which can be found here.

The full video and original tweet from Mishanin, meanwhile, can be found down below.

The crossovers between Animal Crossing and Doom have been running strong for a while now, fueled by the fact that the latest entries for both series – those being Animal Crossing: New Horizons and Doom Eternal – were scheduled to release on the same day.

They’ve gone to some interesting places too, not least of which being that fans of both series have shipped Isabelle with the Doom Slayer. We’re in full support of the odd pairing ourselves, and even included them in a recent list of ships that need to happen already.

For more on both series, you can check out our full review of Doom Eternal here as well as our coverage of how New Horizon’s Island Name Generator is great for those who may tend to overthink the name of their surroundings.