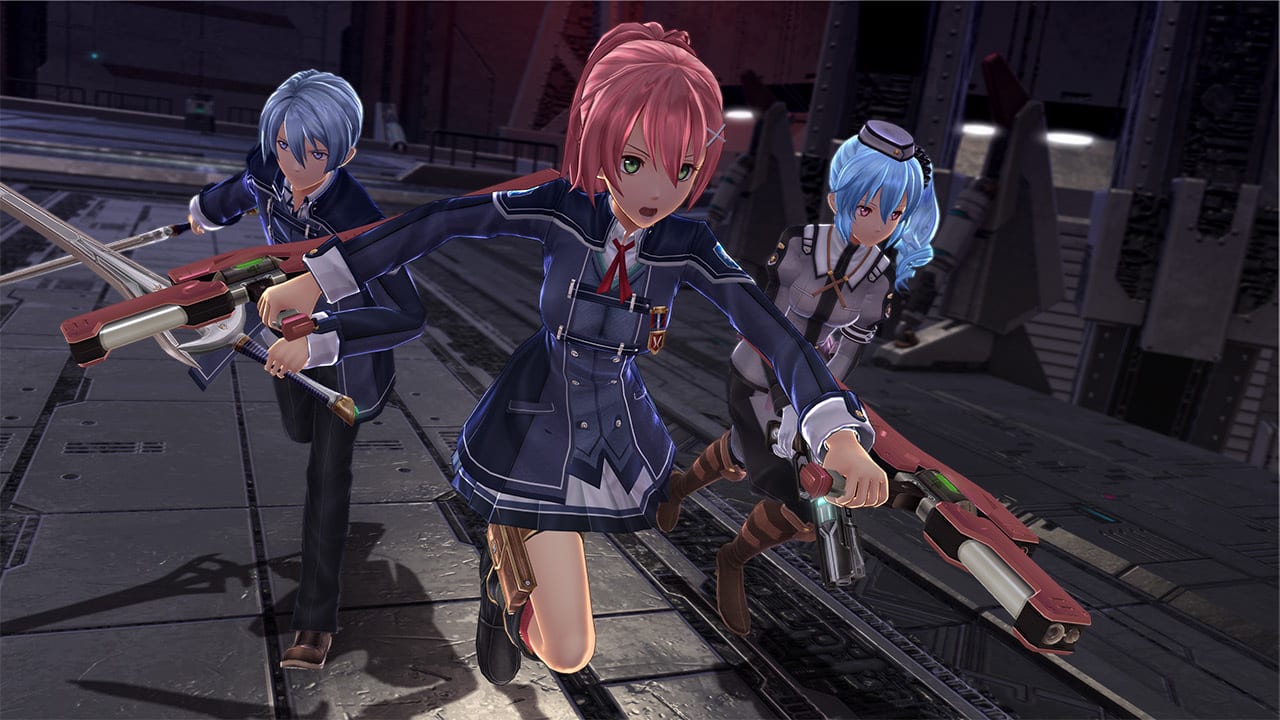 Today Nihon Falcom rνeleased a batch of screenshots and details of the upcoming JRPG The Legend of Heroes: Hajimari no Kiseki, which is the next game of the Trails series.

This time around, we get to see another of the three branches that will form the game’s story. The focus is on Trails of Cold Steel protagonist Rean Schwarzer and the other veterans of Class VII from Thors Military Academy.

Do keep in mind that since Trials of Cold Steel IV hasn’t been published in the west, the information under the gallery includes spoilers for those who haven’t played it. You may want to just enjoy the images and skip the explanations.

We learn that following the end of the war brought by the actions of Rean Schwarzer, the Erebonian Empire ordered the immediate retreat of the occupation force in the area of Crossbell.

After the ceasefire, Emperor Eugent III was reinstated in power and Imperial Governor Carl Regnitz replaced Blood and Iron Chancellor Giliath Osborne as interim head of the government, pledging to work together with the imperial family and the four Great House to regain the trust of the people and of the neighboring countries.

The Thors Military Academy’s Leeves II Campus performed admirably during and after the war, receiving great recognition. As a result, it was established that it would continue operating as a formally sanctioned branch.

On the other hand, with the reduction of the deployment of Panzer Soldat within the Imperial Army, there have been voices asking to review the necessity of the armored training classes.

Rean Schwarzer was released from his curse at the end of the war, and he returned to work as an instructor, spending his days working hard with the students of Class VII. He is currently visiting his hometown Ymir responding to the request of a certain person.

Juna Crawford left the empire temporarily at the end of the war, to check on the liberation process of Crossbell, cooperating with the Special Support Section.

After that, while offered to go back to the police academy, Juna was worried about the relationship between Crossbell and the Empire, so she decided on her own to return to Class VII.

Kurt Vander used to be hostile to Cedric Reise Arnor, but they decided to set their differences aside and became both friends and rivals.

He decided to remain in Class VII until his graduation, but he appears to feel that his growth is slower compared to those around him, possibly because his overly-serious personality has become an obstacle.

Altina Orion saw the Railway Military Police and the Imperial Intelligence Agency reorganized after the war, as a consequence of the partial demilitarization of the Erebonian Empire. This led her to choose to return to Class VII instead of continuing her career as an agent. She is also traveling to Ymir.

Musse Egret also decided to continue her studies as a member of Class VII, while trying to enjoy her youth like a normal girl, at least for a short while before she steps onto the limelight as Mudine Useif Du Cayenne.

Ash Carbide was also released from the curse and returned to Class VII, but he seems to be a bit unsure about the path he should take while continuing to learn.

If you want to see more, you can also enjoy more screenshots featuring Lloyd Bannings and his friends and companions from Zero and Ao no Kiseki.