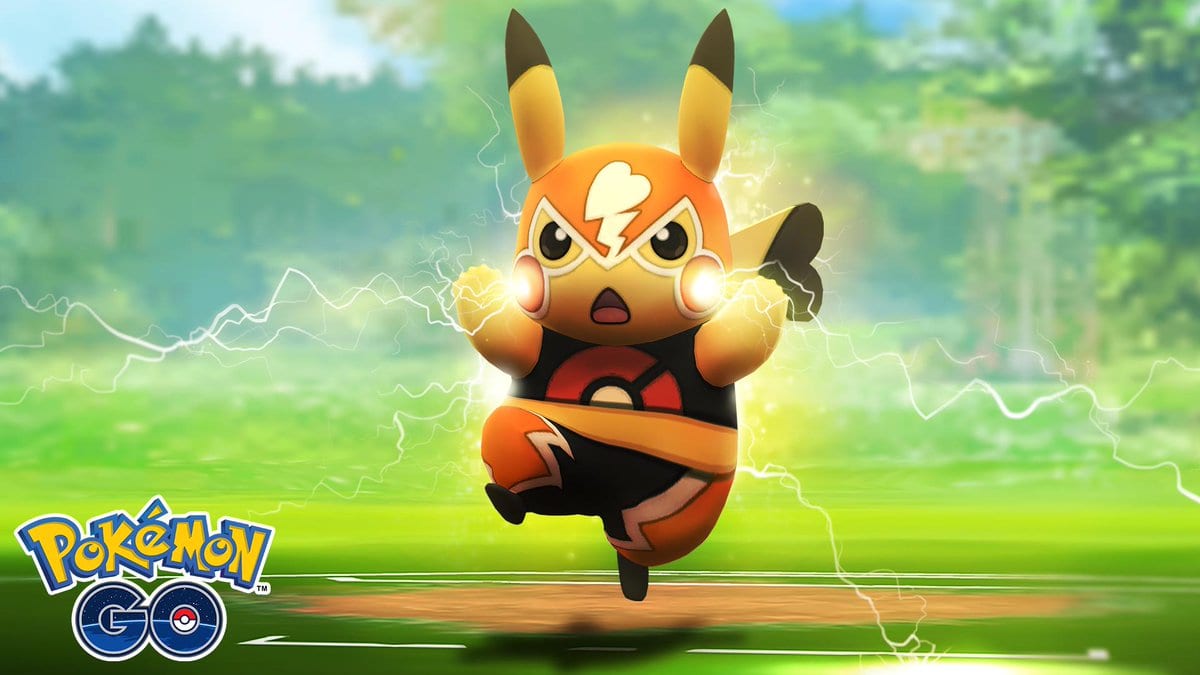 Many February events have already been outlined for Pokemon Go, but it was just announced on Twitter that there will be yet another new Pokemon that we can expect to catch in the upcoming weeks: Pikachu Libre.

The wrestling version of everyone’s favorite mouse Pokemon, will soon be added to the game; this is the next of several special Pikachu costumes that have appeared in Pokemon Go, but the method of obtaining this one is a bit different.

Instead of appearing in the wild for a set time, this special Pikachu will be able to be encountered by participating in the Go Battle League.

The details of exactly how Pikachu Libre will appear haven’t been revealed yet, but it will involve battling in the Go Battle League online. This will involve fighting against rival trainers. Battles will rotate between three leagues, and Season 1 will officially begin on Feb. 10.

Previously, it was announced that Pikachu Libre inspired player costumes could be unlocked by participating in the Pokemon Go Battle Leagues, so it is a welcome surprise that Pikachu Libre herself will appear as a reward as well.

Pikachu Libre is one of the more popular costumes that Pikachu has appeared in over the years, as this costume can also be found in games such as Super Smash Bros., Pokken Tournament, and Pokemon Omega Ruby and Alpha Sapphire as a Cosplay Pikachu gift.

Stay tuned for more information on how to encounter Pikachu Libre. In the meantime, if you need tips on the best Pokemon to use in the Go Battle League preseason, we have a guide to help you out.