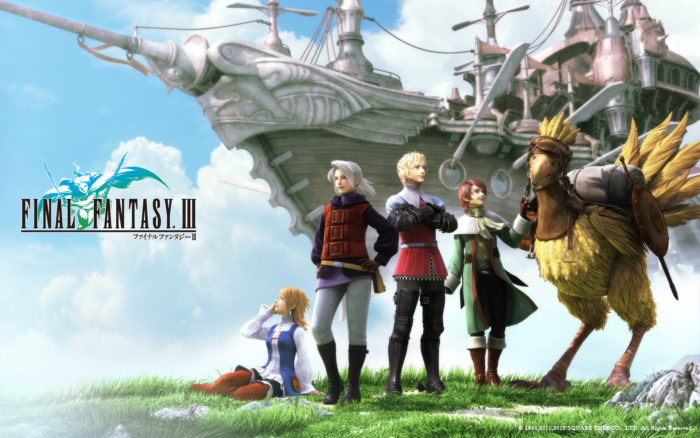 In a new trailer for the Steam Version of Final Fantasy III, Square Enix has announced that new patches are coming to the PC port.

This is a little strange considering the game came out in 2014, but seeing what the updates are, and that Final Fantasy is such a huge franchise, it’s no surprise these games get these random little updates.

The official statement is as follows:

Final Fantasy III was originally released back in 1990 for the Super Nintendo and was ported to the Nintendo DS back in 2006, mobile in 2012, and Steam in 2014.

The ported versions of the game were remade in 3D instead of the original’s pixelated graphics. Final Fantasy III was praised for it’s extensive job/class system that lend to tons of customization.

Final Fantasy III is a great game and it’s good news that even more people get to play it because of this update.

The newest game in the Final Fantasy series, Final Fantasy 7 Remake, is set to release on April 10, 2020, after being delayed from its original March 3 release date.

Square Enix has steadily been releasing trailers and teasing gameplay, music, and character backgrounds for the past few months. We’ll keep you updated on the many aspects of the Final Fantasy franchise here at Twinfinite.