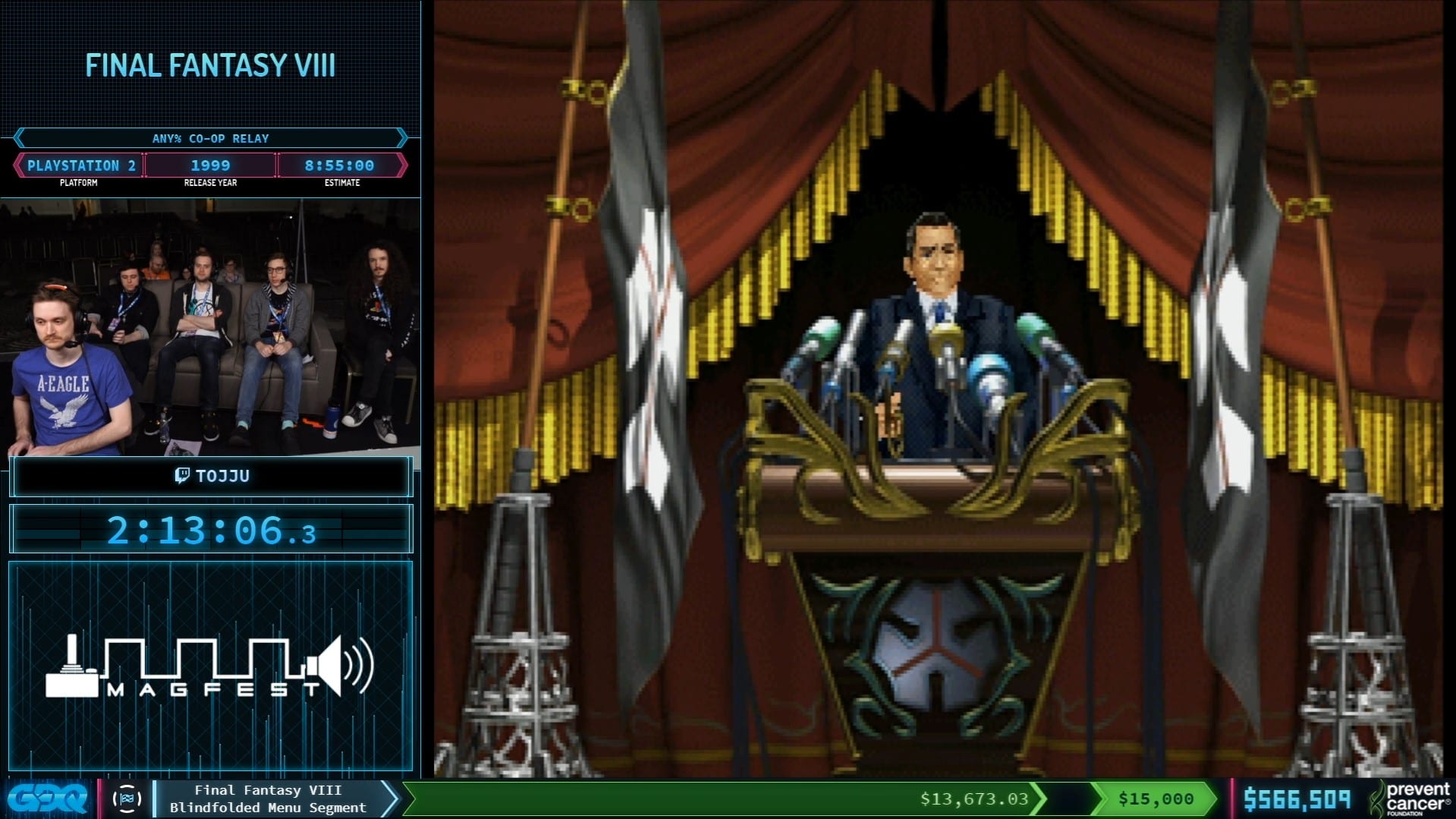 AGDQ 2020 is currently underway, and we’ve seen tons of great stuff so far, including a fantastic Fallout anthology run with Taylor Swift modded into the Pip-Boy UI, and fun musical numbers in the Metal Gear Solid 3 and Final Fantasy VIII runs.

Speaking of Final Fantasy VIII, that one was a nine hour-long speedrun, but if you’re a fan of the game, or you just like watching people be insanely good at speeding through games and navigating menus smoothly, you should check this one out.

The core of the FFVIII speedrun experience is centered around RNG manipulation, which helps to cut down significant time in the run and make it more consistent. The first real bit of manipulation is seen in Balamb Garden, where you can play an early game of Triple Triad against a character who should, by all rights, absolutely crush you with his high level cards.

However, by mashing a button quickly when you talk to him, you can hit three specific frames in the game to get him to play a very specific combinations of cards that will allow you to win. This is important, as winning the game early on will reward you with the Quistis card, which can be used in future card games to get even more cards, which can then be refined into items and magic that strengthen your party.

It’s utterly fascinating to learn more about the way this game works on a functional level, and how you can watch out for specific things in the background to determine what number combination you’ll need to enter for access to the Caraway mansion.

What really elevates this run, though, is the donation incentive for blindfolded menu-ing in Esthar towards the end of the game, and the fight against Omega Weapon. Extended menu-ing sequences in RPGs can be extremely stressful as you’re often required to make fast and precise inputs to make sure everyone is equipped appropriately. Doing that blindfolded brings it to a whole other level, and that’s exactly what Luzbelheim did this time around.

Again, this is a nine hour-long speedrun but I’d still recommend it to anyone who’s a fan of the game or the RPG genre. Especially if you’re an FFVIII fan, the AGDQ 2020 is a wonderfully comprehensive run that touches on major lore and story points, and easy-to-follow, in-depth explanations on how speedrun techniques work.