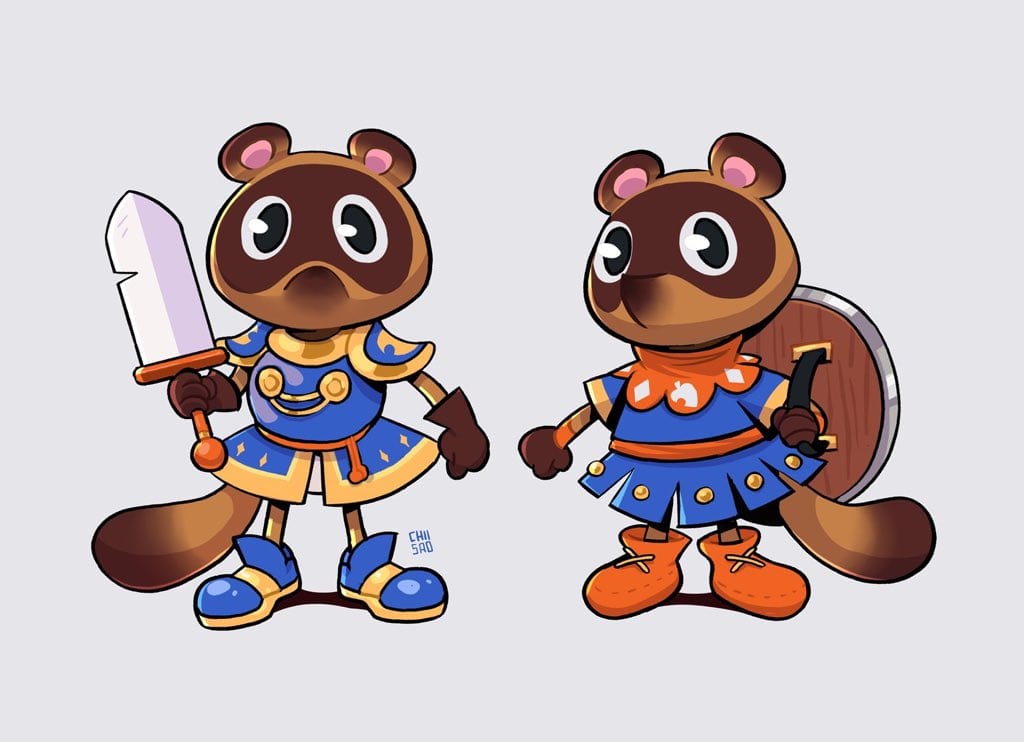 Animal Crossing has never, and probably will never, be an RPG series but these gorgeous illustrations from Camila Cumplido (chiisao on Twitter) really make me want a turn-based RPG with Isabelle as a mage, Timmy and Tommy as Swordfighters, and perhaps K.K. Slider as a lonely ol’ bard.

As you can see in her tweet below, Camila has reimagined several fan-favorite characters from Nintendo’s life sim franchise and the images have gotten tons of attention from die-hard Nintendo fans, including myself:

If you want to see enlarged versions of the artwork, you can check out the illustrations right here as well:

A twitter user even asked Camila if they plan on creating other renditions of Animal Crossing characters, such as Blathers or Celeste:

I love the idea of the entire Animal Crossing cast getting an RPG-style makeover — I wonder what role Tom Nook or Mr. Resetti would take on…

If you like Camila’s work, you can check out her portfolio right here or you can follow her on Instagram –she may have some other cool designs on there that are worth looking into, just saying.

Last week there was a jam-packed Animal Crossing Direct that revealed tons of new information and there was even a strange gravestone in the presentation that concerned some fans.