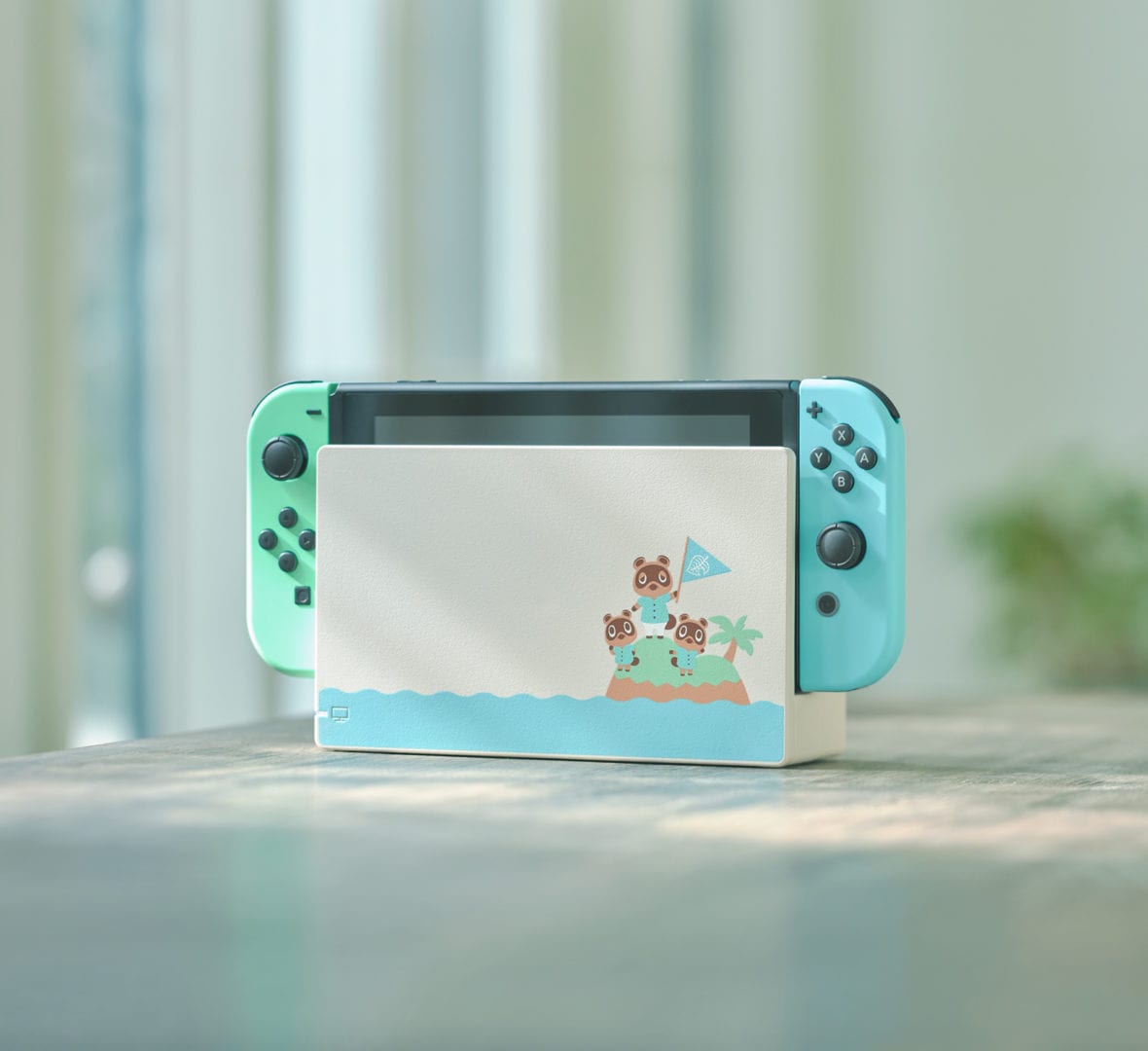 Animal Crossing fans rejoice! Nintendo has announced a brand-new, gorgeous Nintendo Switch console that is themed after Animal Crossing to promote the release of the upcoming new entry in the life sim series, New Horizons.

This Animal Crossing-inspired console will be released one week before the launch of New Horizons, which is Mar. 13, and will be available in stores for the price of $299.99 and pre-orders will “open up soon,” according to a press release from Nintendo.

As you can see in the gallery of images below, the Joy-Con controllers are pastel green and blue with white coloring on the back alongside white wrist straps and a white Switch dock –and there is even a cute picture of Tom Nook with Timmy and Tommy on the front, standing on a deserted island.

But wait, there’s more! Also available on Mar. 13, there will be an Animal Crossing carrying case and a screen protector for the regular Nintendo Switch and the Switch Lite that will be up for grabs at retailers near you.

You can see some of the adorable photos of the merchandise and special edition console down below:

Animal Crossing: New Horizons will launch on the Nintendo Switch as an exclusive on Mar. 20. If you decide to pre-order the game from Target, you might be able to land yourself a neat little notebook.