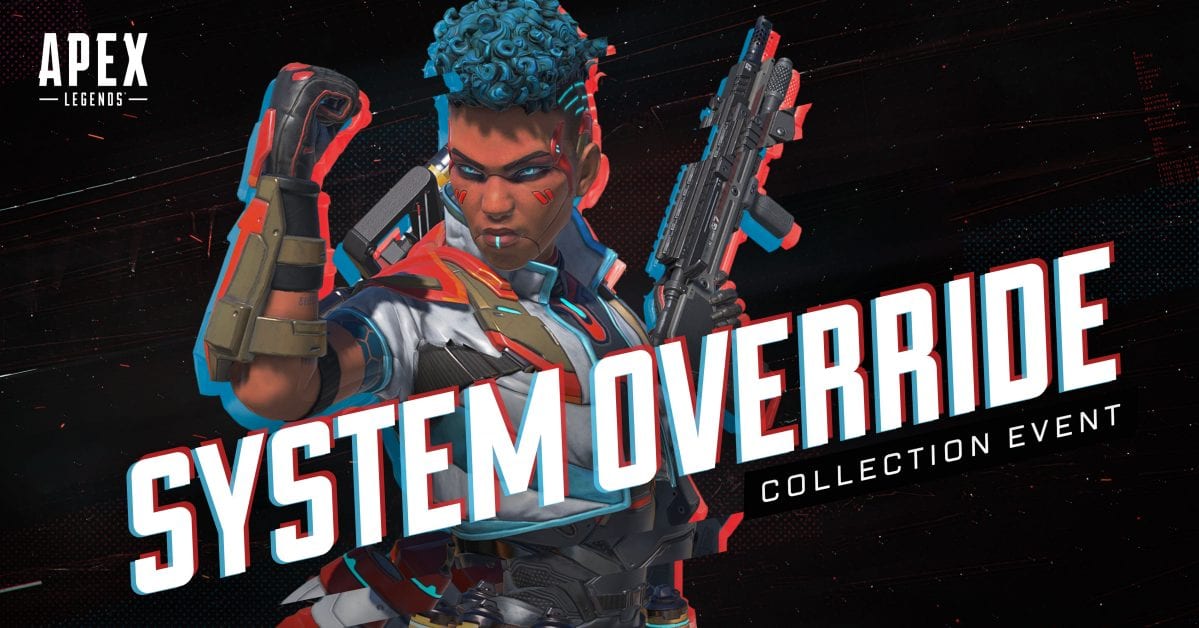 Respawn’s battle royale seems like it’s been dropping new events nonstop for a while. Now, the System Override Collection event is on its way, and it’ll be adding new cosmetics, new shields, a new Octane heirloom, and more to Apex Legends.

Apex Legends Season 4 has been full of surprises so far. The Valentine’s Day Rendezvous event and the short return to Kings Canyon have both come to an end, so the System Override Collection event is coming up next. It’ll be live for two weeks, from Mar. 3 to Mar. 17.

If you ever find yourself upset about the lack of good loot after dropping, you’ll be glad to know that System Override will feature a Deja Loot mode. The mode makes loot locations permanent, so you’ll start to remember where to go to get exactly what you want.

The second week will return to the Kings Canyon map once again, so you won’t have to mourn its absence for too much longer.

Last, but not least, both cosmetic and gameplay-altering loot will be added to Apex Legends, including an Evo Shield and Octane’s Heirloom. The Evo Shield gets stronger as you deal more damage, and you’ll need to complete new challenges to obtain 24 exclusive new items as well as the Heirloom.

You can see most of the new additions in-game in the new System Override trailer below:

Octane’s new butterfly knife brings the Apex Legends Heirloom count up to five. Wraith, Lifeline, Bloodhound, and Pathfinder each have one as well, so it’ll be interesting to see who gets one next.