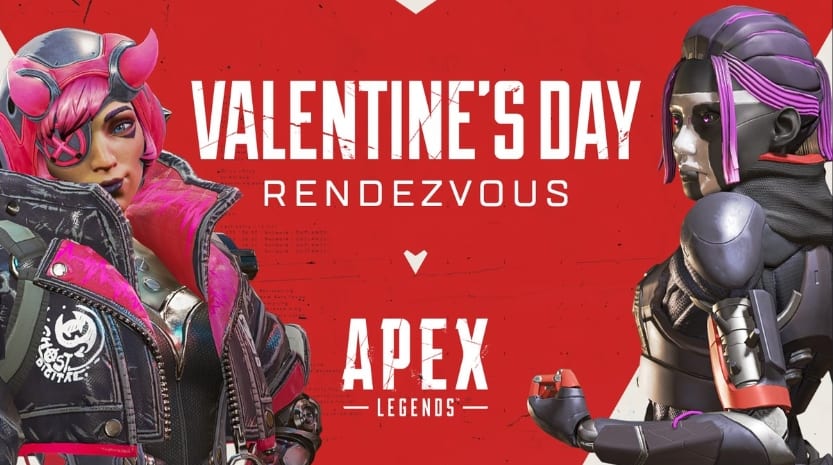 Apex Legends will be celebrating Valentine’s Day with a small event containing a returning mode and rewards for a limited time.

The Valentine’s Day Rendezvous event begins tomorrow, Feb. 11 and will bring back the Duos mode, which is the regular game but teams consist of two players instead of three.

Players will also receive a double XP boost, up to 20,000 XP per day, by playing with a friend until the event ends on Tuesday, Feb. 18.

The only real reward during the event includes a Valentines 2020 badge for logging in, while the in-game store will have two new gun charms, a returning Longbow weapon skin, and returning Pathfinder frame.

Apex Legends recently launched its Season 4 of content with a new character, weapon, and changes to the World’s Edge map. The game also celebrated its first anniversary the past week with a small gift that can be earned by logging in before tomorrow.