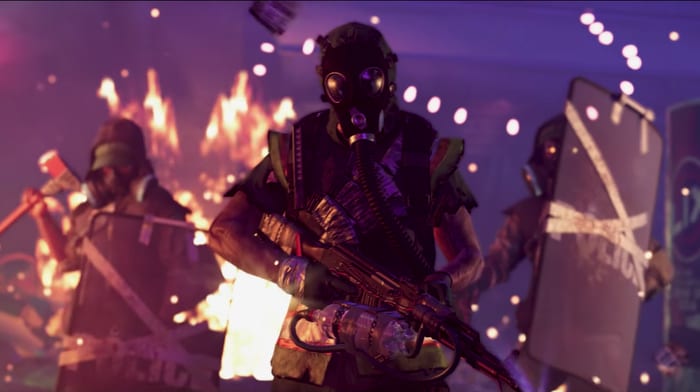 There’s hope for a cure to the virus outbreak in the latest trailer for The Division 2: Episode 3, but it’ll take one heck of a fight to get it.

Streamed by Ubisoft via YouTube on Jan. 28, the trailer focuses on the story that will transpire in the impending update for the game. In it, the player’s character is briefed on the existence of a scientist who could help humanity devise a cure to the virus plaguing it.

Unfortunately, the scientist is currently being held by members of the Black Tusk at a stronghold on Coney Island, and they have no intention of letting him go free.

It’ll take an all-out assault on their stronghold to get the scientist back before its too late, and the Division operatives are the only ones who can pull off such a feat.

From there, the trailer moves into a cinematic of The Division 2 players clashing against the members of the Black Tusk. Bullets fly, grenades are lobbed and troops on both sides are set aflame by flamethrowers, with the battlefield ebbing and flowing into utter chaos.

All the while, a mysterious figure stands guard over the scientist, watching and waiting as the madness unfolds.

It’s about as action-packed as fans of the game could hope for, and sets up the next wave of content for the game nicely. Fans still have to wait until February for the update to drop though, so they’ll definitely want to view the full trailer for themselves down below.

The Division 2 is currently available on PlayStation 4, Xbox One and PC. For more on the game, check out the trailer for Episode 2 from last year to get caught up on what the game’s operatives have been through up to this point in the story.

Likewise, check out our review from the game’s launch to see where it was at upon release, and whether or not some of its issues have been ironed out yet.