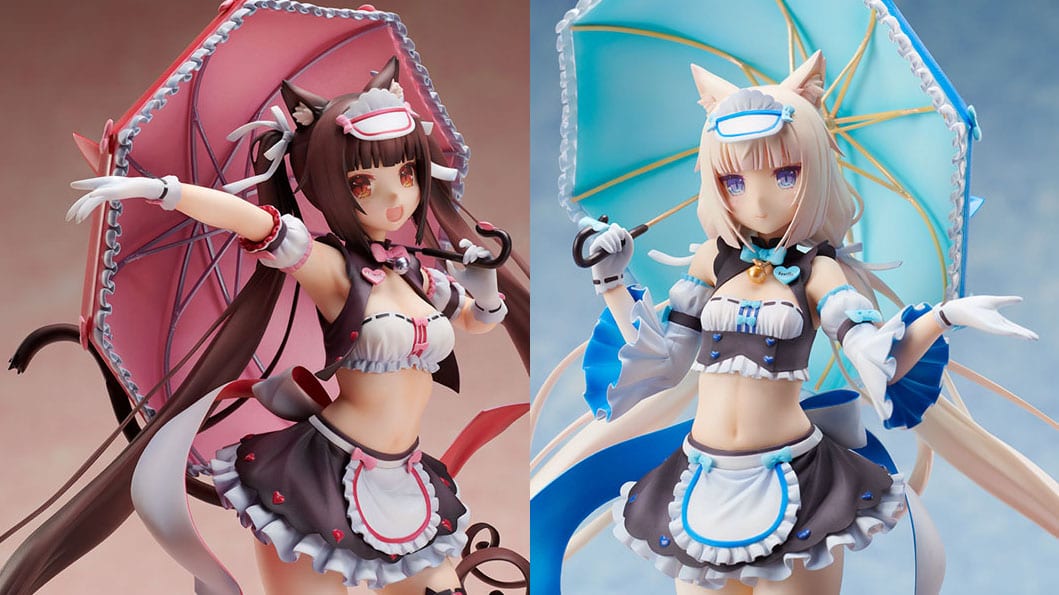 Two more figures dedicated to the popular visual novel series Nekopara have been made available for pre-order, but this time they have a little twist.

Both of the fan-favorite catgirls shed their iconic maid outfits for race queen gear. To be fair, though, they still look a lot like maid outfits.

You can find both Vanilla and Chocola up for pre-order at AmiAmi priced at 15,950 yen each, translating into approximately $145.

They’re going to be released in July 2020 by Mimeyoi, featuring sculpting by Hobby Max and paintwork by Satou Nobuhiro.

Of course, they both come with bases and adorable umbrellas with cat ears. Race queens need to have their umbrellas, after all. The scale is 1/7 for both figures.

You can see what they look like in the gallery below if you can take that much cuteness at once.

This is not the first pair of figures from Nekopara revealed as of late, as Alphamax is also releasing both Vanilla and Chocola, even if they come with different outfits rather suitable for the Chinese New Year (even if they’ll actually be released in September)

Incidentally, the Nekopara franchise is getting a mobile game named Nekoparaiten, while Vol. 5 has already been teased.