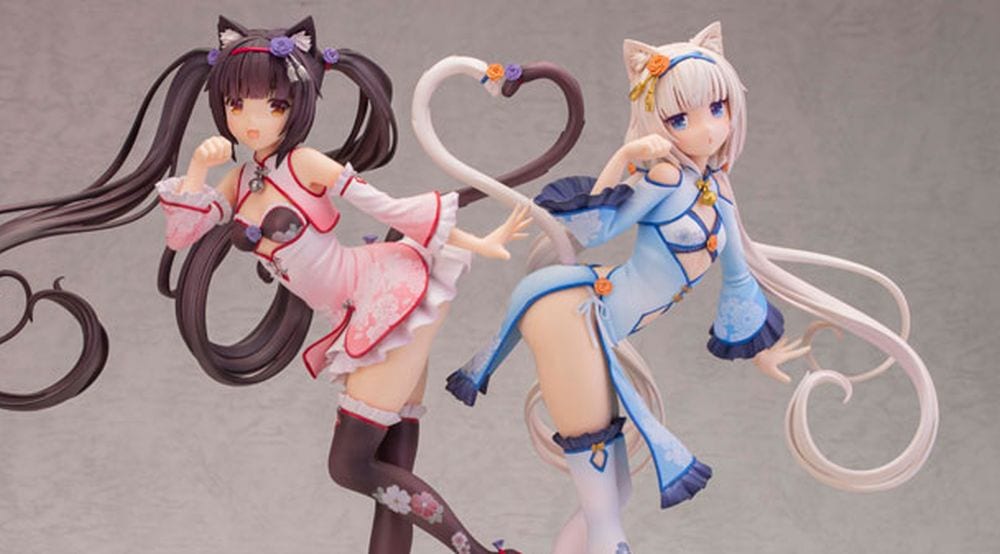 Nekopara has made many fall in love with its catgirls thanks to the adorable artwork by Sayori, and now it’s getting two new figures.

The figures portray iconic heroines Vanilla and Chocola dressed in Chinese garb, and AmiAmi has them available for pre-order for 18,200 yen each. That translates into approximately $168.

They come from Alphamax and the scale is 1/6, which means that the diminutive catgirls still stand at a pretty sizable 24 cm including the base.

While they’re sold separately, they’re made so that they can be posed together on your shelf in a lovely duo. Their release window is September 2020.

They’re sculpted by 2% and they come with a postcard, alternate arms, and an optional lantern. There is a slightly more pricey version of each (1,000 yen more) that includes… spicier alternate parts (but lack the lantern).

Here comes a 1/6 figure of “Chocola” from the famous Bishoujo game “Nekopara” in a Chinese dress outfit!

It is sculpted according to brand new illustration which is drawn for this figure particularly by the genga art illustrator Sayori.

The Lantern part can be found only in this STD ver.!

You can recreate the atmosphere of the Nekopara world by displaying this Chocola together with the separately sold “Nekopara Vanilla Chinese Dress edition by Sayori STD Ver.”!

The official description above is the same for both figures, with the names inverted.

You can check out what they look like in the gallery below.

Incidentally, the Nekopara franchise is getting a mobile game named Nekoparaiten, while Vol. 5 has already been teased.

Nekopara Getting More Vanilla & Chocola Figures, Both Adorable and Affordable
By Giuseppe NelvaJanuary 23, 2020