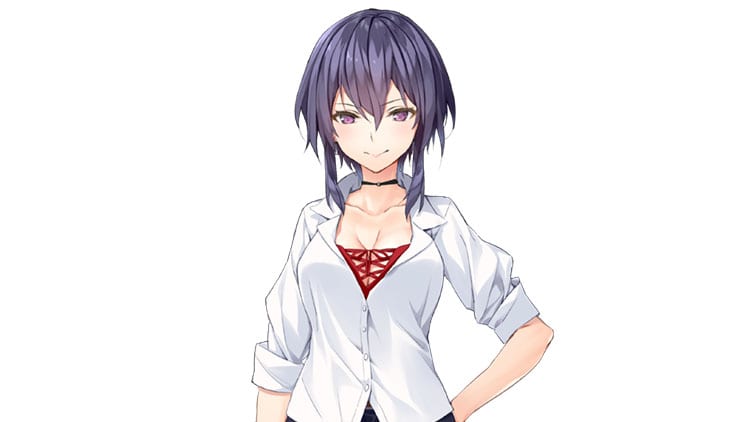 Today even more info has been revealed about the upcoming visual novel ATRI: My Dear Moments.

An update to the official site includes the first look at a new character, Catherine.

Her age is unknown and she is a mysterious woman who claims to be a debt collector with a claim on the debt left by the protagonist’s grandmother.

In order to settle that, she proposes a plan to salvage her inheritance hidden underwater.

The name “Catherine” is likely a pseudonym and even Natsuki doesn’t have a clue about her real identity.

When she smiles silently, she appears like a mysterious beauty.

Catherine is voiced by Youko Hikasa, whom you may know as Laura in Street Fighter V, Ryoubi in Senran Kagura, and Kyouko Kirigiri in Danganronpa.

In her comment accompanying the announcement, she defines Catherine as a passionate and loving woman at the core, and she’d like players to pay attention to a scene in which she’s drunk since she was allowed to act freely. She thinks we’ll enjoy the difference between the sober Catherine and her drunk self.

You can check out an image below. If you’d like to see more, you can also enjoy the first character and story reveal from two days ago and a second character reveal from yesteday.

ATRI: My Dear Moments is an all-ages visual novel for PC in development by Frontwing and Makura, and it’s one of the first that will be publishers by the new Aniplex.exe brand.

It’s coming to PC via Steam in 2020, including English subtitles alongside Japanese, Traditional Chinese, and Simplified Chinese.