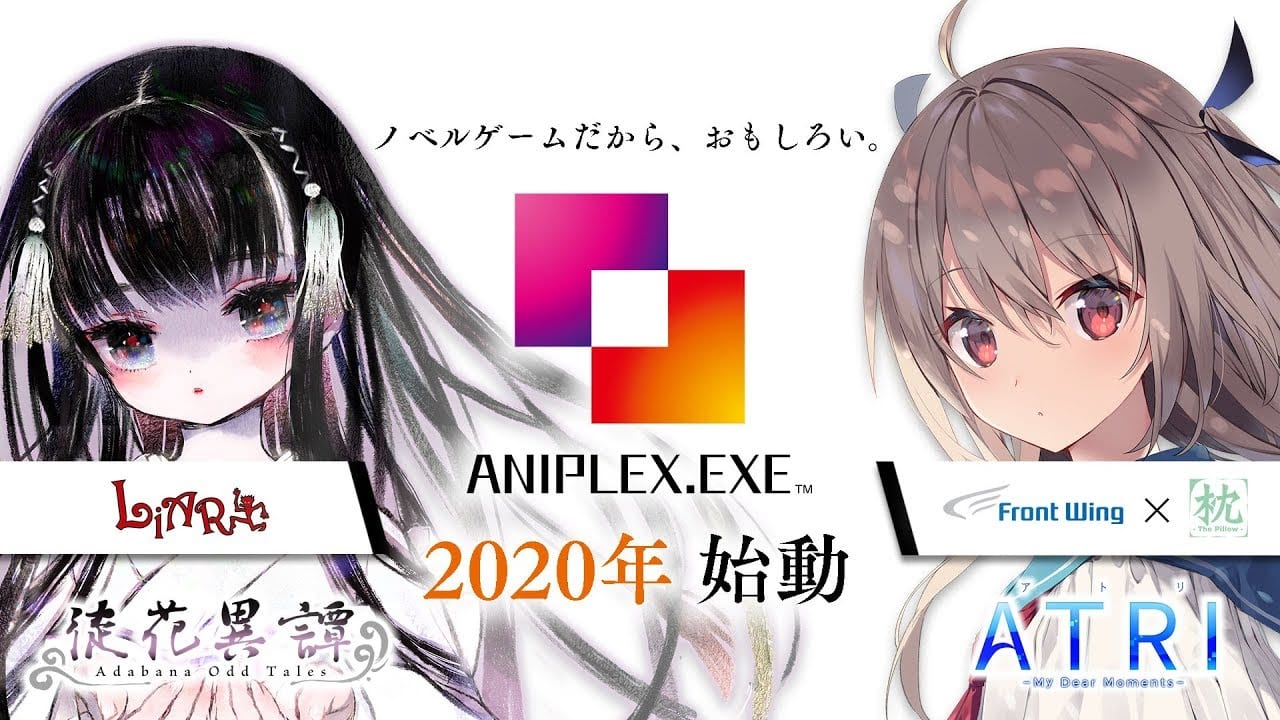 Today Aniplex announced the creation of a new game brand named Aniplex.exe which will focus on video games and more specifically visual novels.

The first two games to launch under the brand have already been announced, and they are ATRI: My Dear Moments by Frontwing and Makura, and Adabana Odd Tales by Liar-soft.

Below you can check out the trailer introducing the brand and the games.

Both games will release for PC in 2020 and will include Japanese, English, Simplified Chinese, and Traditional Chinese languages.

They’re aimed at all ages, and Aniplex intends to work on games everyone can enjoy, including those who love visual novels today, those who have in the past, and those who never tried them.

The announcement has been made just in time for Comiket 97 which starts tomorrow in Tokyo. In order to celebrate, there will be promotional trucks circling around the venue and branded bags will be distributed at the Aniplex booth,

Considering that the Aniplex brand is certainly a well-known name in the industry, it’ll be interesting to see what kind of effect this initiative will have on the visual novel market.