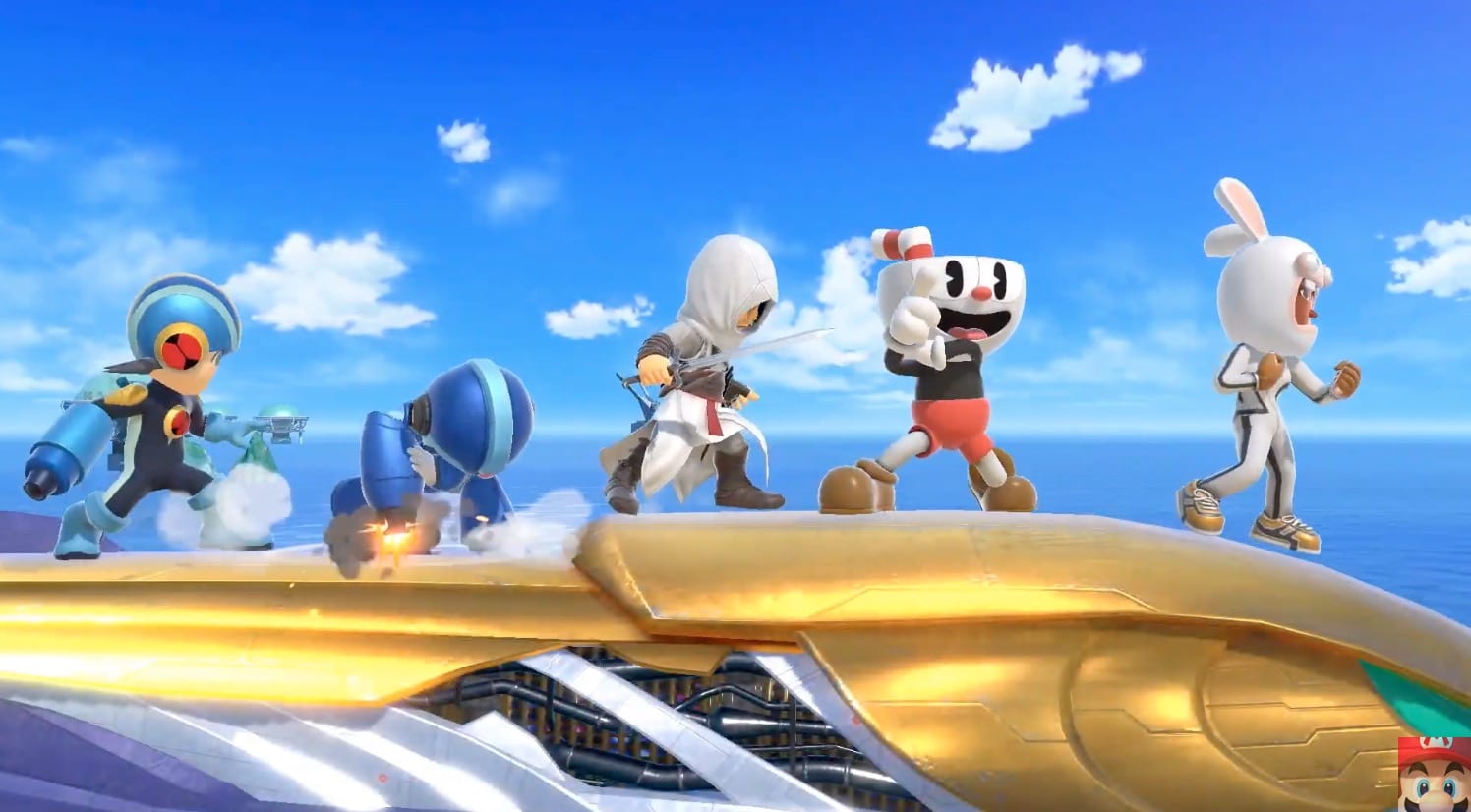 All of these costumes will be available for purchase on Jan. 28, the same day that Byleth’s challenger pack releases, and will cost $0.75 each. Keep in mind that these costumes are not part of the Fighters Pass and are separate DLC purchases.

For those that purchase the Cuphead costume, there will be an extra song added to the game that comes straight from the Cuphead game itself. Floral Fury is the name of the tune and it plays whenever you fight the Cagney Carnation.

By the way, Cuphead is available on the Switch eShop if you wanted to check it out.

And if you missed the Smash Bros. Ultimate Direct, you can catch up and watch the Mii Fighter Costumes trailer right here: