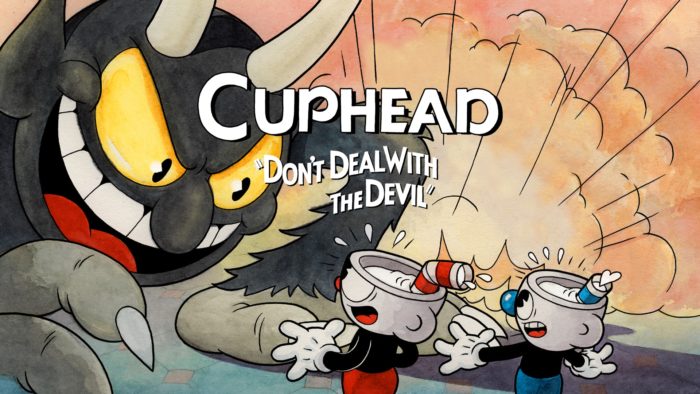 Cuphead on Xbox One

Cuphead is not an easy game, and that’s important to open up with. Video games have taken to skirting high difficulty in order to be more accessible and draw in larger, sometimes more casual, crowds. Sure there are outliers like Dark Souls, Nioh, and brutal indies like Spelunky and Super Meat Boy. But major releases tend to be easily beaten. Cuphead, with its amazingly adorable visuals and fun musical score, could’ve easily gone the accessible route and drawn in so much more than it probably will. The fact that StudioMDHR Entertainment decided to stick to a brutally challenging experience is commendable, but it does put Cuphead in a rather tricky position.

The basic premise of Cuphead is simple; Cuphead and his brother Mugman grew up on Inkwell Isle, a place full of tons of interesting denizens such as pirates, silverware, and candy. One day they roamed further than they were supposed to and found themselves in a casino where they started to rake in the gold (turns out the brothers are insanely lucky). Unfortunately, that casino belonged to the devil himself (so much for that insane luck) and he played a trick on the boys to steal their souls. In order to keep their souls, they make a deal to collect debts owed to the devil instead. That’s the setup for the boss gauntlet that is Cuphead, and it works rather well, especially when given the art direction.

Cuphead’s aesthetic is that of a 1930’s cartoon, where inanimate objects dance, enemies have huge, bulging eyes, and no matter what’s happening on screen it all looks cute and fun. There’s an unassuming nature to everything you see where nothing really looks deadly until you find yourself staring down the barrel of a cannon strapped to some animal. That whole classic cartoon violence is on full display and offers a lot of charm to the crushing difficulty of the boss gauntlet. 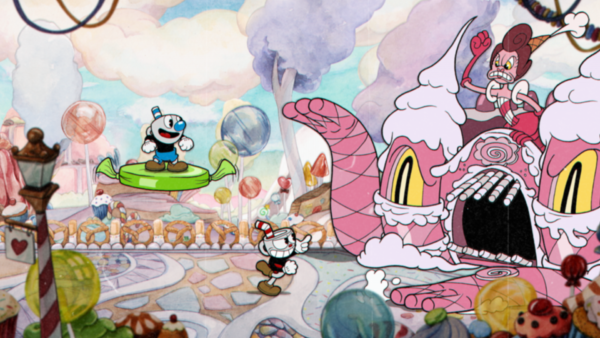 There’s an overworld that players navigate which oozes with that same classic tough look,all of which is hand-drawn by the way. The overworld links players to all of the available activities in the game, whether that’s tutorials, NPCs, stores, and the various levels players can jump into. It’s simple but serviceable and I’d be lying if I said I didn’t find myself just sitting in that overworld listening to the background music of each island in the game. But it’s not until you dive into those various levels when the true essence of Cuphead can be seen.

The majority of the levels available are just boss fights. I love that Cuphead skips all the small talk and just throws players right into the fire. You get a quick scene of the boss showing up and then you’re off to fight through the phases. Each phase of each fight has its own unique mechanics that you need to learn. There’s no knowing when the phase will transition, so you need to keep on your toes for any change that may come. Die and there are no checkpoints, but you get to come back with the knowledge you’ve gained. Though I hate to draw comparisons, it has that Dark Souls “learn from death” thing going for it. It’s tough, and you will die no matter how good you think you are, but early on that never feels like a waste. Each death teaches you about a new attack the boss has up its sleeve, or about a maneuver you could use that can cut down on your time. It’s rewarding in that weird way that punishing games always are… at least when the developers are in complete control.

I’ve come to learn over my many years of gaming that difficulty is a tough thing to create in a video game. If you take a look back over the past few years, you’ll see many different approaches to making a game legitimately hard to beat. Whether it was bullet sponge bosses, time limits, or the need to fill the screen with as much hell as possible, everything has had varying degrees of success. For Cuphead, the developers didn’t need to resort to any of those tactics. Most of the bosses are extraordinarily designed, offering a challenge that I didn’t expect without ever feeling cheap or unfair. One particular boss fight took me a solid 20 tries to beat, and when I finally did overcome the challenge I laughed at how simple the solution was and wondered how I could’ve possibly missed it. That’s what good challenges do, they serve as puzzles full of mechanics for players to crack that provide that eureka moment and let all those good feelings rush over you when you finally emerge victorious.

Unfortunately, not every encounter is so finely designed. There are a few that incorporate much too high of a random influence which can create impossible-to-win situations. Sure, you can beat the challenge after a few tries, but if you’re unlucky enough to find yourself in one of those scenarios where there is literally nothing you can do, it feels cheap. I wish I could say this only happened on one boss, but that’s just not the case. One instance left me with no platforms to jump on as the screen filled with enemy attacks. Another triggered multiple attacks at once which made it impossible to do anything at all. Randomness hurts the Cuphead experience because it goes against that whole learn from death essence that permeates the vast majority of the game. You can’t learn anything from a random instance because it may never happen again, and you’ll just be punished by some other random occurrence.

Helping to serve as a much-needed break after a frustrating boss are the Run ‘n’ Gun sections. Some of these are actually quite fun and impressively designed. I enjoyed running through a world whose gravity I could flip with a simple switch. It added an interesting platforming experience that you simply don’t get during the boss encounters. Not all of these levels are as impressive, but they do help to break the monotony that is the boss gauntlet. They also serve as a way to earn coins which lets players upgrade Cuphead (or Mugman if you’re playing co-op) with different guns, EX abilities (think powerful shots), and passive Charms. 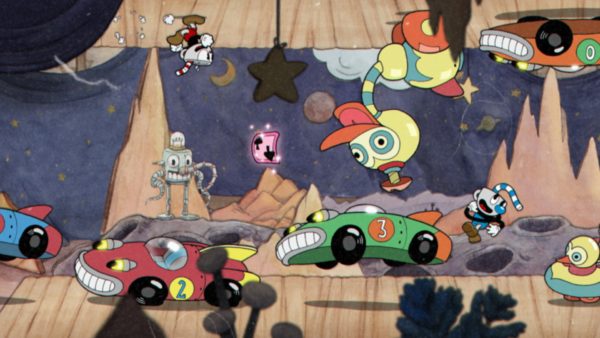 I was initially worried that the shop would cut too much of the difficulty away, as without the challenge Cuphead is just another side-scrolling shooter/platformer. I was pleased to see that while each item offered interesting pros, they offered potent cons as well. For instance, you could get an extra health point, but it would lower all of your damage. You could swap out the different weapons and perks on your equip card to try out what worked best for you, or to prepare for specific encounters as some went better with particular items equipped.

Interestingly enough, while I was worried about difficulty being affected, I was very surprised that there was a difficulty setting in Cuphead, at least for the bosses. Your options: Simple and Regular. Regular is the way the game is meant to be played and is required to unlock the final encounters of the game. Curiously enough, I’m not entirely sure what Simple is. I assumed it meant easy, but when I tried levels on Simple to see what the difference was (I expected the same fights but with less attacks), some of them proved to be more difficult, and used completely different move sets and combinations. There are still no checkpoints, and if you die you don’t get to continue. The only difference I could see was that some things moved a bit slower.

During my time with Cuphead, though, I did come across quite a few bugs which forced me to restart entire levels (and it’s very difficult to let go of your progress in that way). The most prevalent issues that popped up for me were infinite bosses and a weird jump glitch that left me spinning endlessly in the air. The infinite boss glitch would have a fight continue forever no matter how much damage was done. The jump glitch also created an endless boss, but it wasn’t because the game stopped registering damage, I simply couldn’t move at all when this happened and was left spinning at the top of the screen. In a game that requires such high skill and precision, and doesn’t offer checkpoints within levels, this felt devastating at times. Especially during really good runs. If it happened only once I could forgive it, but it occurred often enough to become a true cause for concern that made me hesitant to jump into some of the more difficult fights.

Cuphead ultimately leaves me at an impasse. I absolutely love the style of the game, and when the game works well it’s a truly rewarding experience that overcomes the seemingly impossible difficulty. Every time I beat a boss I felt re-energized, ready to tackle the next (and there are quite a few of them). But randomness and all too frequent bugs are rotten apples that spoil what could be a damn near perfect barrel of fruit.

Still, there is a game worth enjoying in here, if you can deal with periodic frustration. During encounters that are fully defined it’s easy to get stuck admiring everything that StudioMDHR has created, and it was more than a good enough reason to turn my Xbox One on. It’s because of those parts that are so good that it’s really difficult to ignore the glaring issues. If you’re in dire need of a real challenge, definitely give Cuphead your attention. However, if you’re not in any rush there’s no harm in waiting. I look forward to seeing how the developers deal with this project and how they expand on it in the future.