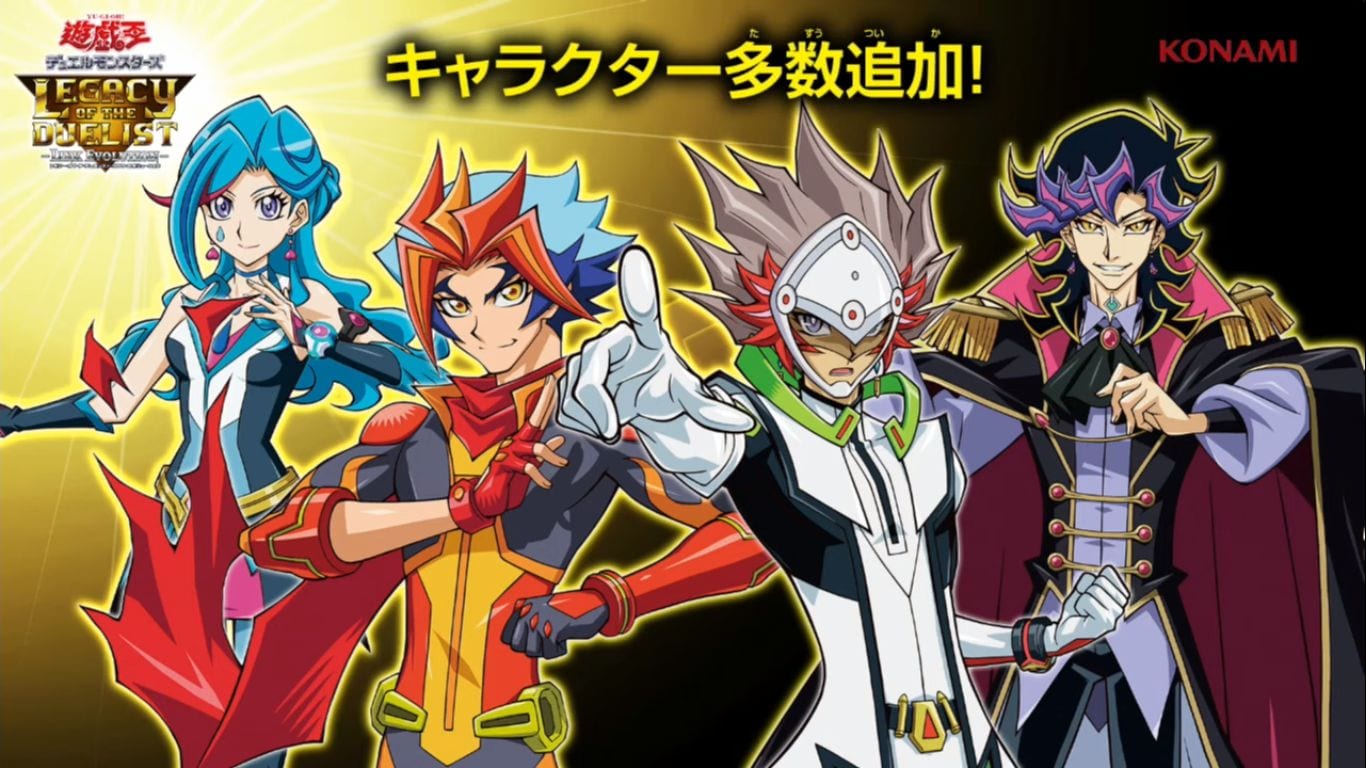 Today, during a livestream from Jump Festa, Konami made an announcement about the former Nintendo Switch exclusive Yu-Gi-Oh! Legacy of the Duelist: Link Evolution.

I say former because the first part of the announcement is that the game is going to be ported to PlayStation 4, Xbox One, and PC via Steam.

That being said, there is good news for users on Nintendo Switch as well, as the game is going to receive a free update.

This will include a lot of new characters, as shown in the image above.

At the moment Konami did not mention plans for a western release, but that’s pretty normal considering that Jump Festa is an event dedicated to the Japanese market. We’ll keep you posted if we learn anything relevant going forward.

Yu-Gi-Oh! Legacy of the Duelist: Link Evolution was released in the west on August 20 exclusively for Nintendo switch, following the Japanese release on the same platform.