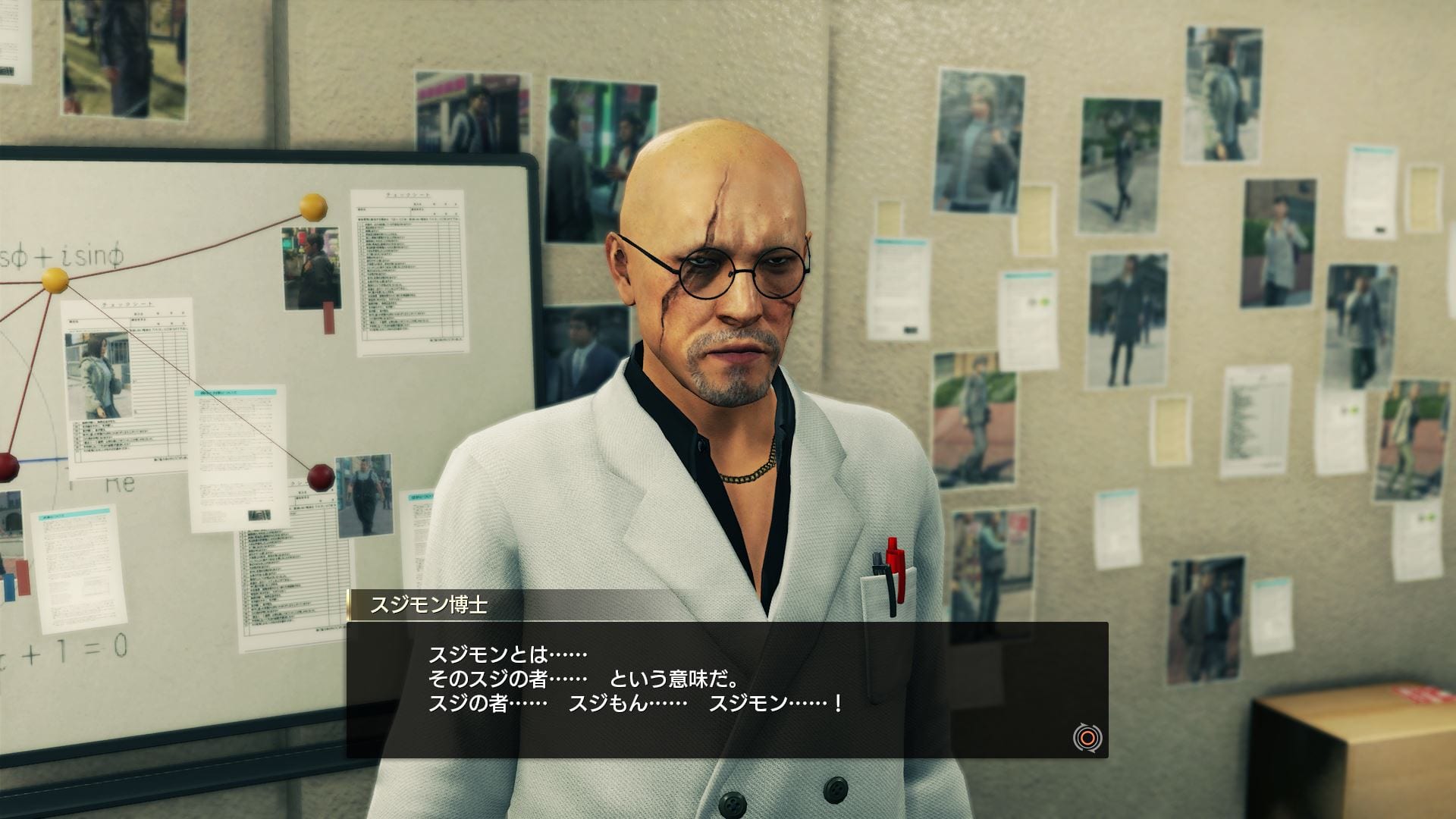 Today Sega released a brand new gallery of screenshots of the upcoming JRPG Yakuza: Like a Dragon, known in Japan as Ryu ga Gotoku 7: Whereabouts of Light and Darkness.

This time around we talk about Sujimon, the dark and seedy homage to Pokemon.

Our hero Ichiban Kasuga is suddenly attacked and after repelling the attackers he is approached by a mysterious individual who calls himself Dr. Sujimon.

After following him to his lab, Ichiban learns that the doctor calls dangerous people in the city “Sujimon” and he created an app named “Sujimon Encyclopedia” in order to collect data and help to preserve the peace.

Since Ichiban and his friends appear to be strong, Dr. Sujimon asks them to help him out. That’s how our hero’s path as a “Sujimon Master” begins.

By fighting enemies the Sujimon Encyclopedia automatically records data, and the doctor prepared Red, Blue, and Green Sujimon for a test.

The  Encyclopedia will, in turn, provide data on location, skills, weak points, and possible item drop. There are 252 different Sujimon to “collect” and when you defeat them, they are automatically recorded on the app.

On top of the Sujimon feature, we learn about some substories.

One focuses on a legendary weapon shop in Isezaki Ijincho, run by a man named Chau. It sells powerful weapons, but Ichiban will have to go through a trial in order to be accepted as a customer.

Apparently, Chau knows a lot about the old Toji Clan, and he appears strangely familiar…

Another side story prompts Ichiban to help out Dr. Okita in creating a giant vacuum cleaner robot that will make the city shine.

A third quest will bring our hero to an animal circus, and he’ll have to deal with an escaped bear.

If you’d like to see more about Yakuza: Like a Dragon, you can check out the latest trailer, the previous trailer that revealed iconic hero Kazuma Kiryu, some gameplay from a few days ago, more gameplay showing all the jobs, some focusing on minigames, a batch of screenshots introducing the men of the Seiryukai, more showing the Omi Union crew, a few female characters that will help Ichiban Kasuga, a look at some inevitable product placement, one the at battle mechanics,  another showing enemies and summons, one focusing on making money at the beginning of the game,  one showcasing more advanced money-making activities, another on the new town Isezaki Ijincho, one on the Human Power stats, one on the Dragon Kart minigame, and one showcasing the Bleach Japan organization.